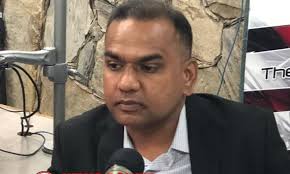 President General of the All Trinidad General Workers Trade Union, Nirvan Maharaj is calling upon the Government to immediately rescind its decision to reject Patriotic Energies bid for control of the Petrotrin Refinery.

In a statement today, Mr Maharaj said the decision was a shocking one, more so since the OWTU had done everything possible to break the glass ceiling and for the first time in the history of this nation, actually give manifestation to the working class slogan “let those who labour hold the reins of power.