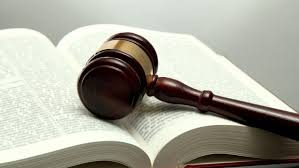 THE OFFICE of the Attorney General has commented on a recent ruling by the Privy Council as it relates to bail for serious offences.

On Thursday, the Privy Council upheld the landmark ruling of the Court of Appeal in February, which led to the first successful bail application by a murder accused in more than a century in TT in March.

The Privy Council agreed with the finding of the Appeal Court that Section 5(1) of the Bail Act of 1994, which previously precluded judicial officers from considering bail for those accused of murder, was unconstitutional and was not saved law.

It held that portions of the Bail Act that restricted anyone from applying for bail for murder were not reasonably justifiable in a society concerned about the rights and freedoms of the individual.

In a statement, the Office of the AG said the bail issue was canvassed in Parliament earlier this month, and Thursday’s ruling now provides a “judicial determination of the discretion of our courts to the grant of bail for this country’s most grievous offence of murder.”

The statement said bail systems and laws secure not only the attendance of accused persons for their matters before the courts but also simultaneously work alongside other crime-fighting initiatives, among other things, to secure the safety of individual witnesses, the community and society as a whole from the threat of dangerous people and repeat offenders.

The statement said Thursday’s ruling highlighted and accepted further some fundamental considerations previously espoused by the Government on the issue of bail, including the aim of the legislation and parliamentary sovereignty to pass laws regarding the importance of the public interest.