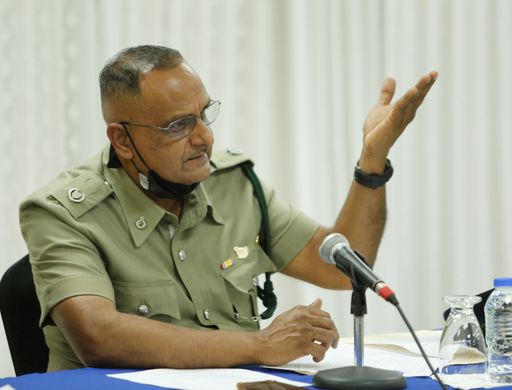 Acting Prisons Commissioner Deopersad Ramoutar intends to leave no stone unturned as he goes after corrupt prison officers who have been bringing the organisation’s name into disrepute.

He gave the assurance during a GML interview.

This comes following Ramoutar’s call last Monday, for his officers to speak out if they see and know about any wrongdoing.

He revealed, “While heading back to the office from the press conference over a dozen officers submitted names of traffickers (their colleagues) who they believe are crooked.”

Ramoutar has been shaking down cells at Carrera, Golden Grove, Maximum Security, Port-of-Spain, Remand and Women’s Prison, stating that the situation was growing out of hand.

Searches were also conducted at the Youth Training Centre, Wayne Jackson Building and the Eastern Correctional and Rehabilitation Centre in the hunt for contraband items.

Ramoutar said, “confidence and trust” have compelled the right-thinking officers to come forward and he has promised them his full support.

Ramoutar, said the searches and seizures are the “start of things to come.”

Kamla: PM yet to tell taxpayers how much of their monies used to procure vaccines 0