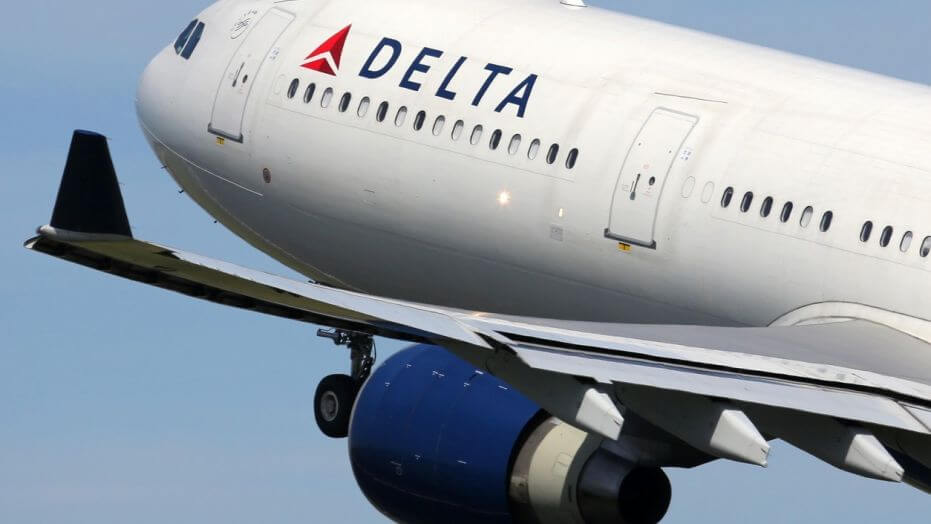 Passengers aboard a Delta flight from Atlanta to Fort Lauderdale experienced a horrifying seven minutes when the plane dropped almost 30,000 feet in about seven minutes.

Flight 2353 was halfway through its journey Wednesday when the pilots made a “controlled descent” from the cruising altitude of 39,000 feet to 10,000 feet, said Delta rep Drake Castaneda.

The flight “diverted to Tampa out of an abundance of caution and landed without incident following a cabin pressurization irregularity,” the airline said about the stomach-churning episode.

Cabins are pressurized to an equivalent of 8,000 feet to prevent hypoxia, a lack of oxygen and other physiological problems at high altitude.

Castaneda said it was unclear what pressurization problem prompted the pilots to rapidly descend to an altitude that allowed the passengers to remove their oxygen masks. 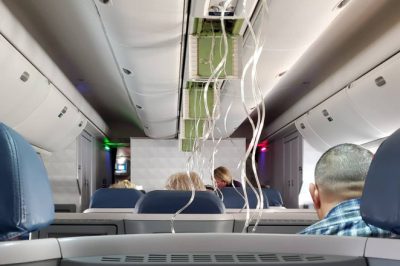 “They are trained to do that when they need to drop altitude out of an abundance of caution,” he said, adding that no one was injured in the incident, which sparked some white-knuckle moments among the passengers.

“Out of nowhere, I felt what felt like a sort of a rapid descent,” passenger Harris DeWoskin said, according to WFTS. “We started dropping in altitude and then the oxygen masks dropped from the top of the plane. Chaos sort of ensued amongst the passengers.”

He added: “One of the flight attendants, I believe, grabbed the intercom and was just repeating over the intercom stating, ‘Do not panic! Do not panic!’ But, obviously, it’s a hectic moment so, the passengers around me, a lot of people, were kind of hyperventilating.”

DeWoskin, who snapped pictures of the mayhem, said he contacted his girlfriend and his family to let them know “some scary stuff” was going on aboard the plummeting plane.“In hindsight, we turned out all right,” he said, adding that it was his “intuition” to let them know he loved them.

The flight “diverted to Tampa out of an abundance of caution and landed without incident following a cabin pressurization irregularity en route,” a Delta spokesperson said in a statement about the stomach-churning incident.

DeWoskin said he rebooked on a Southwest flight to Fort Lauderdale and that Delta will reimburse him.

At those altitudes, the air is thin enough to greatly reduce drag, increasing fuel efficiency while still allowing enough oxygen to feed the engines.

The plane sat Wednesday night at Tampa International, where mechanics worked to figure out what went wrong.

TT in an economic pandemic under PNM, says Persad-Bissessar 0