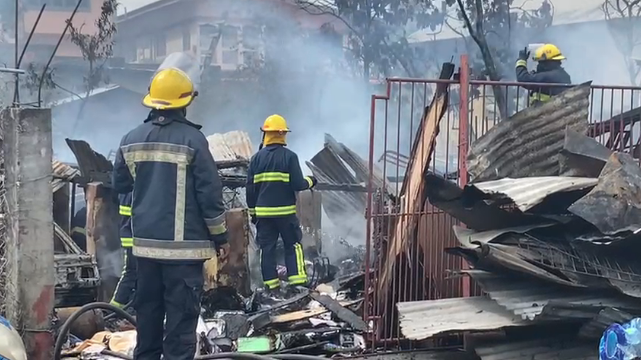 Fire officials are investigating the cause of a blaze, which completely destroyed a house in San Fernando this morning, leaving five members of a family homeless.

Reports are that after 6am, Nneka McNeil Greene, awoke to the sounds of her mother screaming “fire” and “get out.”

She told media that they were all able to escape, however, her aunt and her 51-year-old mother were taken to the San Fernando General Hospital to be treated for minor burns.

Greene said the fire started in her brother’s room but he was not at home.

A Newsday report states that neighbours used a hose to assist the family until the fire officers arrived shortly after 7 am.

Greene said she lost appliances for a food business she was about to open next week, and all the photographs of her father, who passed away just two weeks ago.