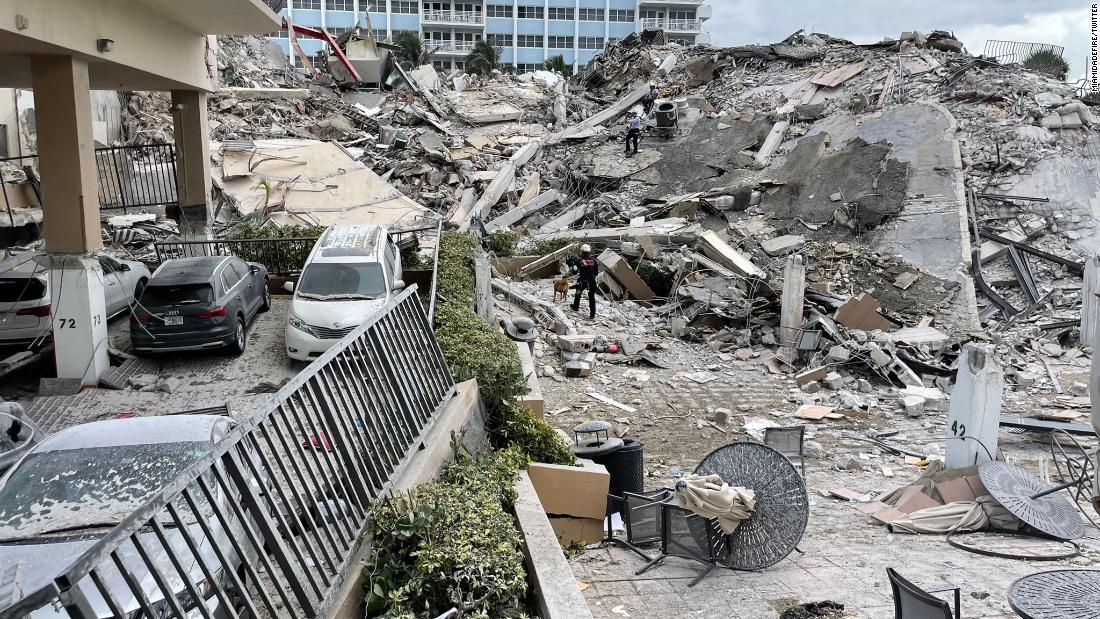 At a news conference on Friday, Miami-Dade County Mayor Daniella Levine Cava confirmed the raised missing and death toll, saying that first responders were still looking for signs of life.

Levine Cava said, “We will continue search and rescue because we still have hope that we will find people alive.”

She noted that 159 people were still missing as of Friday but that 120 had been found.

Around 1:30 a.m. on Thursday, a wing of a residential building in Surfside, Florida, collapsed with a boom. According to video footage shot nearby, the middle of the structure appeared to fall first, with a part closest to the water swaying and falling seconds later as a massive dust cloud covered the area.

On Thursday, firefighters and others worked through the night in the hopes of discovering survivors. According to Raide Jadallah, assistant fire chief of operations for Miami-Dade Fire Rescue, the three additional deaths were discovered while rescue personnel was working overnight.

Rescuers were operating “at extreme risk,” according to Levine Cava. Crews detected voices in the rubble, according to Jadallah, but it’s unclear what they were. Rescuers were also tunneling beneath the surface with light machinery, he said.

President Joe Biden announced a state of emergency early Friday, allowing funds and other disaster help to be sent to Surfside, a small, close-knit community of roughly 6,000 people. According to Levine Cava, the Federal Emergency Management Agency was assisting.

“We just keep putting one foot in front of the other. We’re going to stay with this until we pull everybody we can out of that rubble,” Surfside Mayor Charles Burkett told USA TODAY. “We will not stop. You can count on us to continue this search until we find every person who’s alive in that rubble.”