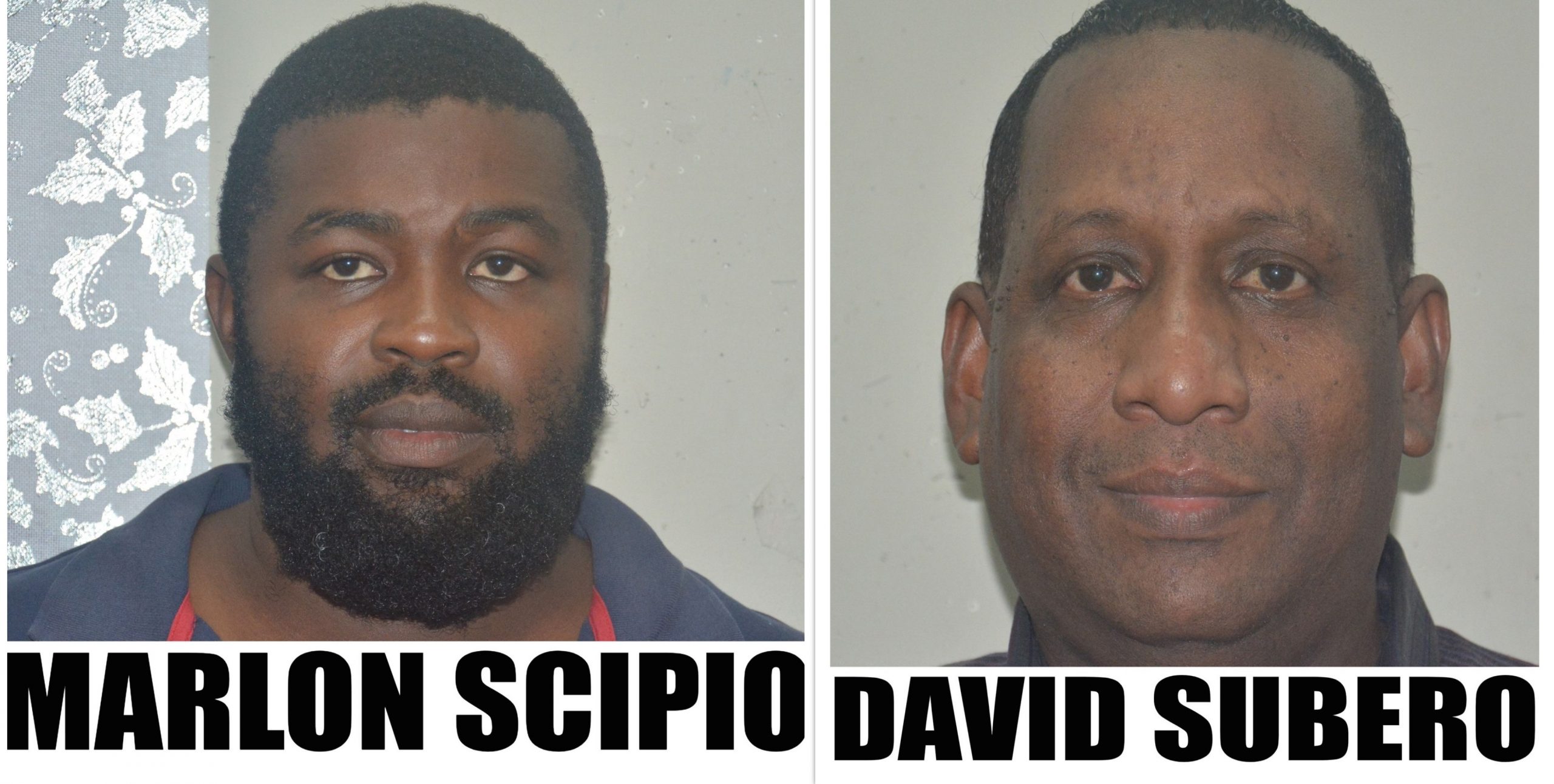 Two police officers were each charged last night with one count of misbehaviour in public office and two counts of corruptly obtaining $5,000 for themselves.

Inspector David Subero, 48, and PC Marlon Scipio, 41, were each granted $200,000 bail with a surety by the Justice of the Peace and the cases have been postponed to February 16th, 2021. The charges were laid by acting Corporal Ralph Rampersad, who is attached to the Professional Standards Bureau. The investigations were supervised by Senior Supt Ramnarine Samaroo and Supt Montrichard.

It is alleged that on May 11th, 2020, a couple were at their restaurant at Pepper Village, Fyzabad, when the two accused entered and made certain inquiries of a passport and the license to operate roulette and wall machines at the premises. One of the officers, according to the investigations, reportedly threatened to seize the bar license and shut down the restaurant. One of the victims pleaded with the officers not to do it following which one of the officers asked how much money was in these machines.

When told there was $5,000, one of the officers agreed to accept it as a payment to forgo shutting down the premises. The money was reportedly split between the two officers. It was also alleged that the officers allowed the owners of the restaurant to continue to operate with an understanding that they receive half of the money received from the business each week.

On Monday 30th November, 2020, the investigators communicated with the Deputy Director of Public Prosecutions, Ms Tricia Hudlin-Cooper, who gave certain advice. Later that said day Cpl Rampersad charged the accused Subero, a legal officer, and Scipio with one (1) count of Misbehaviour in Public Office and two (2) counts of Corruptly Obtaining the sum of $5,000.
Both officers were granted bail at the Siparia Police Station last night.

Businessman accused of running a brothel 0