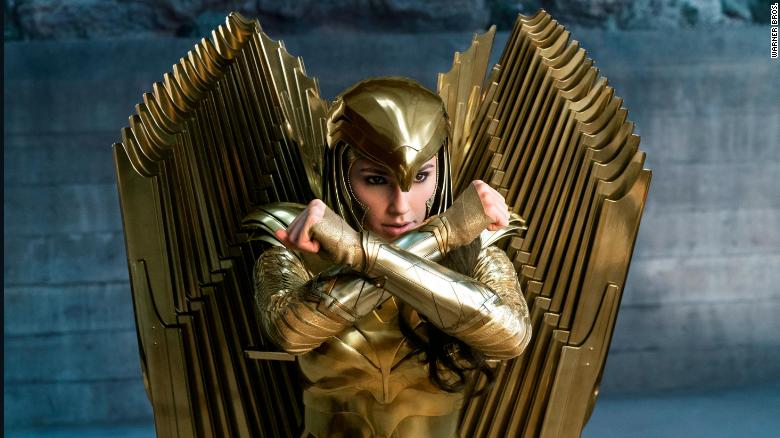 While the vast majority of viewers watched the movie on HBO Max from the comfort (and safety) of their own homes, the highly anticipated superhero sequel also opened in the theaters that are still open across the country. And it performed better at the box office than anyone probably expected. According to Variety, WW84 managed to rake in $16.7 million domestically in its first three days of release.

Normally, an opening weekend figure like this would be considered a failure. It’s also a huge step down from the original Wonder Woman, which made over $100 million in its first weekend in 2017. But since we’re still in the middle of a global health crisis, these latest numbers are actually kind of impressive. Right now, only 35% of U.S. theaters are open, and they’re all operating at reduced capacity.

Variety also notes that most of WW84’s box office came from private watch parties, which are generally considered to be the safest way to watch movies in theaters during the COVID-19 outbreak.

Wonder Woman 1984 also outperformed other blockbusters that have tried opening during the pandemic. It beat Christopher Nolan’s’ Tenet, which made only $9.5 million after opening in September. Additionally, the sequel made more than twice as much as The New Mutants, which only managed a $7 million opening weekend in August. It’s also worth mentioning that those films premiered when at least 62% of the country’s theaters were up and running.

Like other streaming services, HBO Max isn’t releasing specific viewer numbers. But apparently, “nearly half” of its 12.6 million active users watched Wonder Woman 1984 over the weekend. The film also premiered over a week ago in select international markets.

This weekend, it made an additional $19.4 million in 42 other countries, bringing its worldwide total to $85 million. The sequel’s performance also recently compelled Warner Bros. to finally greenlight Wonder Woman 3, with director Patty Jenkins and star Gal Gadot both returning.

National Security Ministry to recruit personnel where necessary, despite freeze on hirings 0