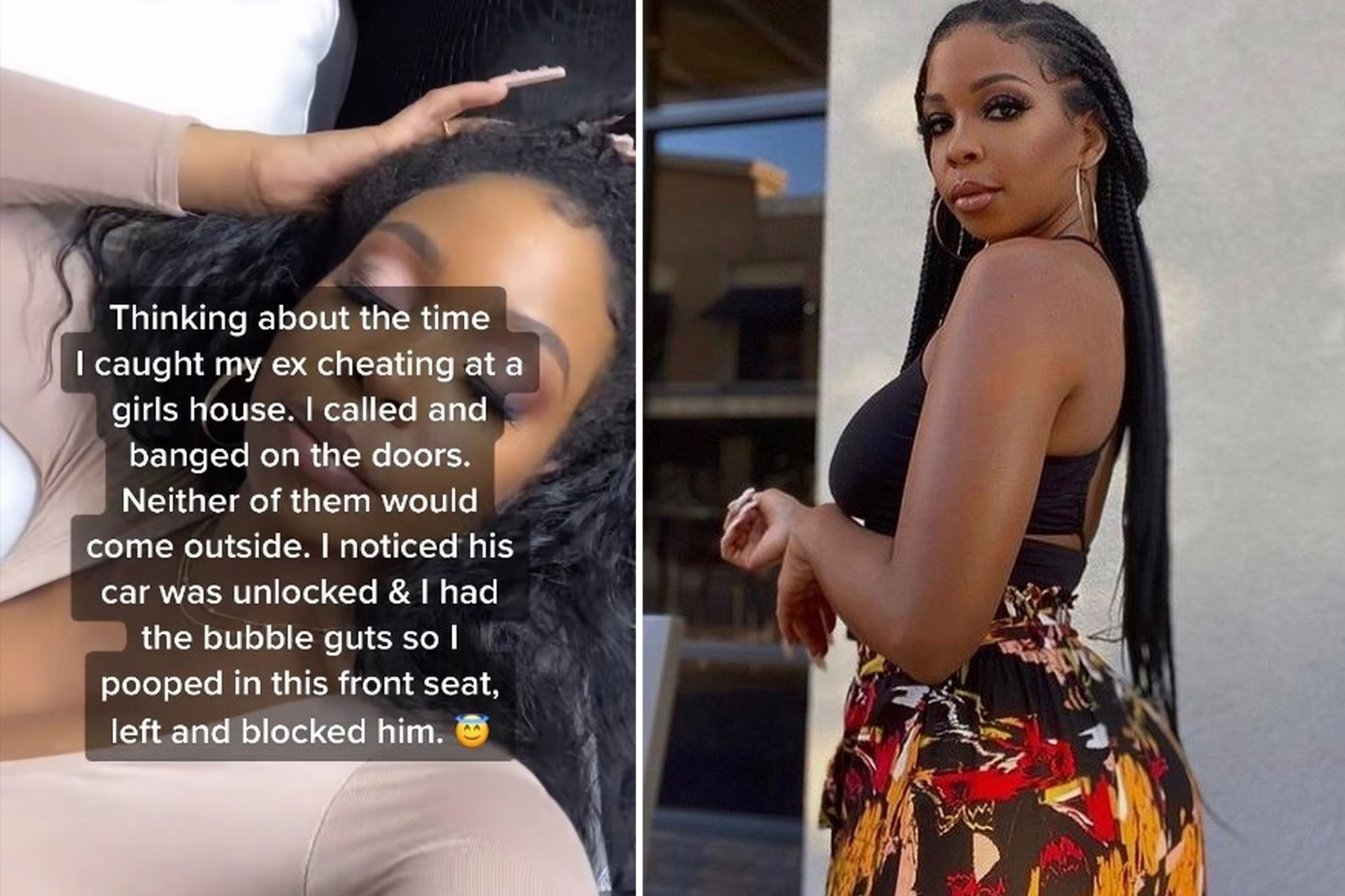 A woman is currently going viral on Tiktok after explaining what she did after catching her boyfriend cheating on her!

Tia Weathers, 32, says she had a feeling her man was cheating and went into investigation mode to get more answers. Weathers says her boyfriend at the time was at another woman’s house so she pooped in his front seat.

“When I’m really anxious, I have to go to the bathroom anyway.”

Weathers, from South Bend, Indiana, told Kennedy News Media. “It was just right on time that I needed to use the bathroom.”

And on TikTok — where she initially spilled her guts about her rectal revenge in a viral video with more than 857,000 views — the mother of one and makeup artist explained that she impulsively decided to weaponize her “bubble guts” against her then-c, known as Jay, after discovering his car parked outside of a mistress’ house.