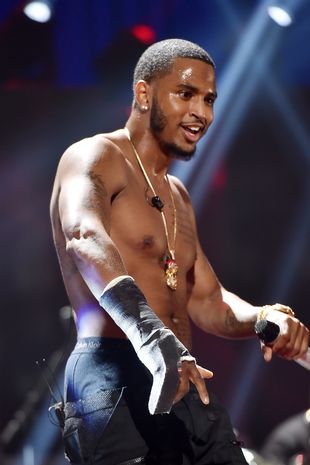 Trey Songz has a new accuser on his tails!

A woman is demanding he pay for allegedly groping her during a party.

The woman’s attorneys say the video which shows the singer exposing their client’s breast makes their case a slam dunk.

The woman sent Trey Songz a demand letter requesting $5M for pulling her Bikini top down.

Meanwhile video obtained by TMZ, shows that Songz may just have sexually assaulted Megan Johnson back in August 2013.

The demand letter sent to Songz says Johnson was at an event called “Foxwoods Liquid Sundays with Trey Songz” at the Foxwoods Resort Casino in Mashantucket, CT — and it was there, they claim, that Megan encountered Trey in the VIP tent where she was assaulted.

Woman robbed with baby in her arms 0