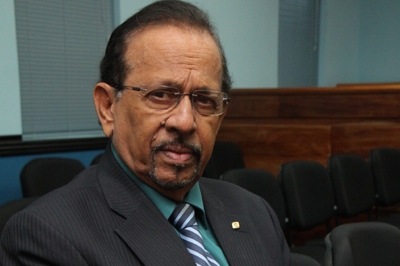 Ramesh Deosaran: “Solution to violent crime will not come overnight”

Former Chairman of the Police Service Commission Ramesh Deosaran says that the escalation of the murder rate accompanied by violent crimes of different kinds – those arising from domestic abuse and street crimes – have become a very troubling issue for the population.

He says this is especially so when one considers the pressures on the cost of living and the other pressures that parents face with having their children at school.

He says the society is in a traumatic zone and some of the repercussions will be felt later on.

He says how this is dealt with is a big question for the police service and the entire justice system.

Speaking with News Power Now this morning, he maintained that the solutions to this troubling issue will not come overnight.