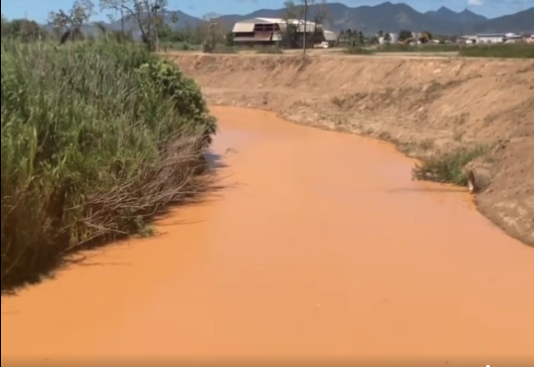 Public Utilities Minister Marvin Gonzales has denied that Tuesday’s incident at the Caroni Water Treatment Plant was the act of sabotage, connected to a call by the head of the PSA for WASA workers to rest and reflect.

Instead, he said it was due to the illegal dumping of material by a contractor.

Operations at the plant had to be halted around 7am and WASA advised customers that the situation was due to the extraordinary high turbidity in the raw water in the Caroni River.

A release from WASA stated that it “appeared to be due to an illegal discharge upstream of the intake to the plant.” The source appeared to be in the Manuel Congo area in the vicinity of the compound belonging to Harry Persad and Sons Ltd.

Customers served by the treatment plant were advised that it could take up to 48 hours for their pipe borne supply to normalise.

Gonzales said such dumping was a breach of the Environmental Management Authority rules.

And as such, Gonzales said “We are taking this matter very seriously and we will be taking action against this contractor to set an example. When we talk about the transformation of the water sector these are the things we have to address and tackle head-on.”