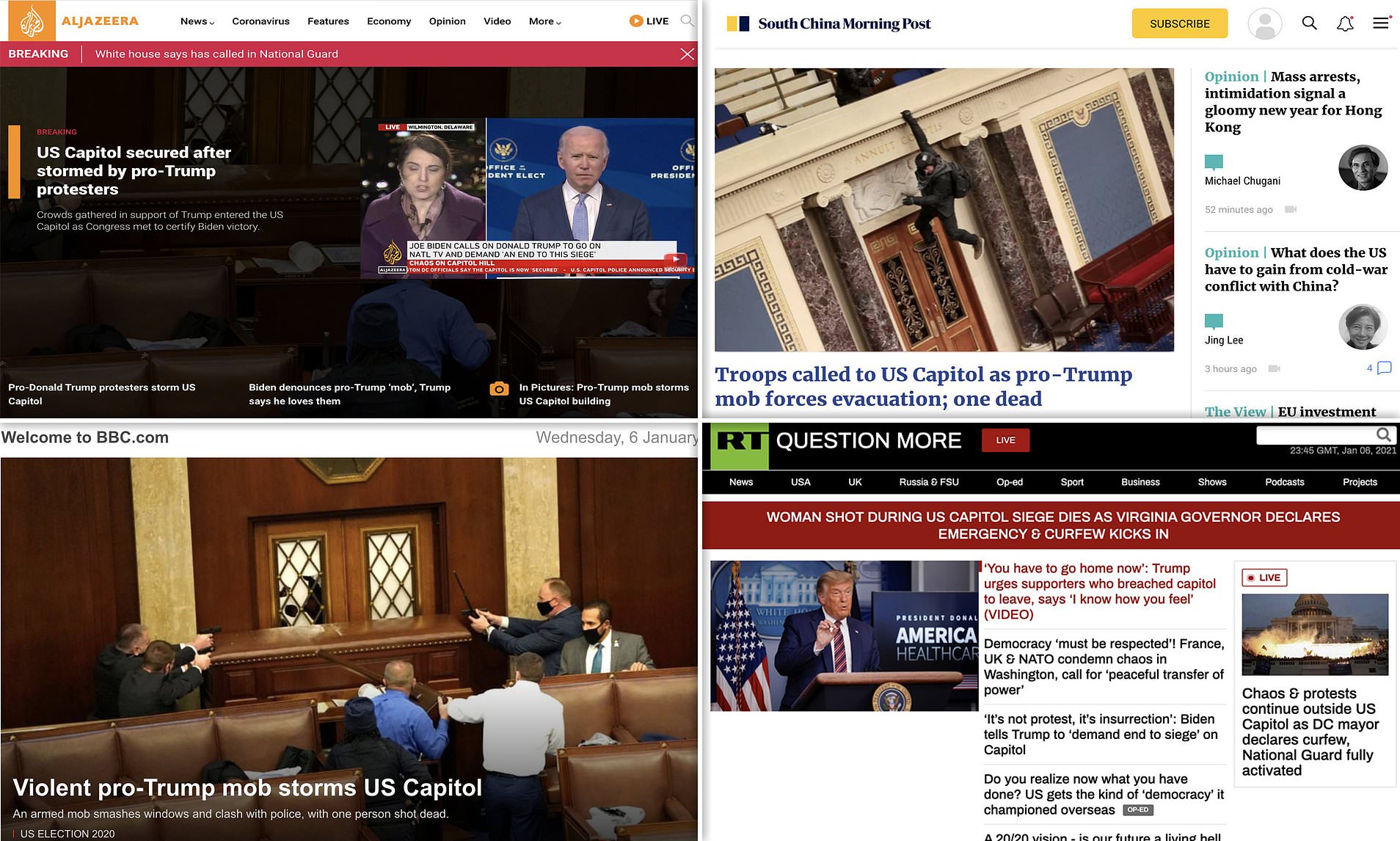 Venezuela Condemns the Violent Events at the US Capitol

After January 7th’s violent entry into the United States Congress of protesters followers of the outgoing president, Donald Trump, different Latin American leaders and personalities have spoken through their Twitter accounts.

For his part, the Venezuelan Minister of International Relations Jorge Arreaza shared the official statement from the Foreign Ministry of the Latin American country, which condemns the political polarization and spiral of violence.

“The United States suffers from what they have generated in other countries with their aggressive policies. Venezuela hopes that the acts of violence will soon cease and that the American people can finally open a new path towards stability and social justice, “the aforementioned message states. 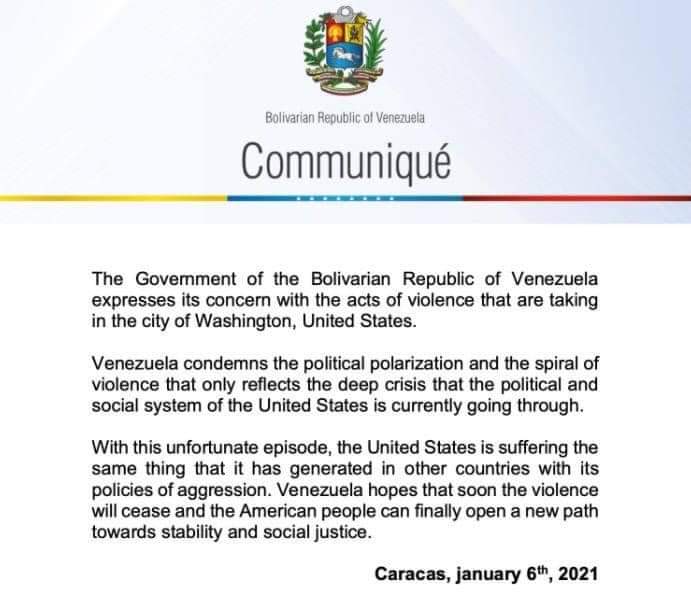 “We express our condemnation of the serious acts of violence and the outrage of Congress that occurred today in the Washington District of Columbia,” the president of Argentina, Alberto Fernández, denounced in turn from his Twitter account.

The Latin American president added that “we trust that there will be a peaceful transition that respects the popular will and we express our strongest support for President-elect Joe Biden.”

“Costa Rica is closely following the events unfolding in Washington, D.C.’s capitol. Costa Rica trusts in the historic solidity of the institutionalized democracy of the United States as well as the profound feeling of respect for the rule of law.”

“We reject the acts of violence perpetrated today in Washington. The United States’ traditional rule of law must be respected, the institutional structures, and the guarantee of due process. In democracies, the acknowledgment of the will of the citizens is imperative.”

“We manifest our rejection of the serious acts of violence and the violation to Congress that happened today in Washington, D.C. We trust that there will be a pacific transition that respects the popular will, and we express our solid support to President-elect Joe Biden.”

Loading...
Newer Post
DNA tests to be conducted on skeletal remains found at POSGH
Older Post
Public warned to use only certified regulators with their LPG cooking gas