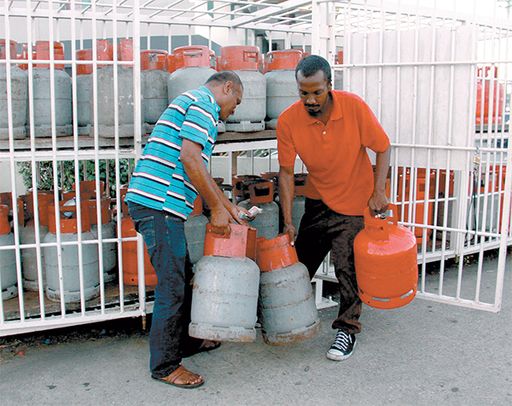 The public is being advised to use only certified regulators with their LPG cooking gas cylinders.

This, as dozens of complaints were posted on social media Wednesday, claiming the twenty-pound gas cylinders are faulty.
Consumers said what they have purchased are leaking and unsafe for use.

However, General Manager at the National Petroleum Company, John Gormandy, said the issue does not lie with the gas cylinders.

He admitted that NP has been receiving numerous complaints, but he said every complaint is investigated and they have found that substandard gas regulators or gas heads are to blame.

Samsundar said RAMCO has a 24-hour hotline for complaints about gas cylinders and once investigated, like NP, substandard gas regulators are at fault.

Both GM’s are warning the public not to tamper with gas heads as this can lead to extreme danger.