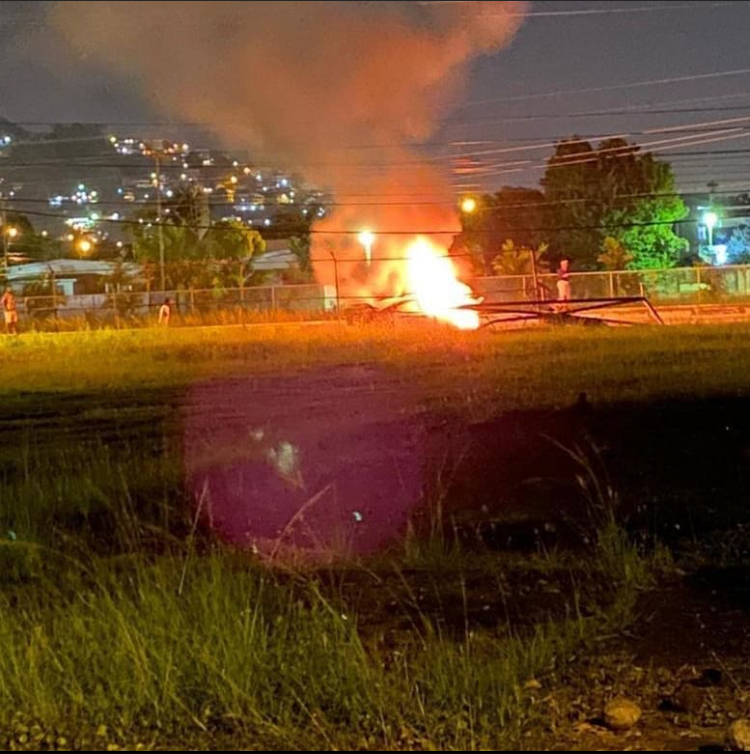 UPDATE: Early morning crash claims the lives of two in the West

The lives of two young men were tragically lost in a fatal road traffic accident along the Western Main Road this morning.

At around 4:50 am, officers from the Western Division responded to a fatal road traffic accident involving a blue Hyundai Elantra driven by 19-year-old Jorrel Williams from Pt. Cumana.

There were also three other occupants in the car.

According to information received, the vehicle was seen heading west along the Western Main Road when the driver lost control.

The vehicle spun several times, crashed into a fence, and then burst into flames. The driver and 20-year-old passenger, Justin Haynes, also from Pt Cumana, succumbed to their injuries.

The other two passengers were transported to the Port-of-Spain General Hospital by Emergency Medical Services.

Another road accident took place around 7:00 pm on Friday 16th April, 2021, and resulted in an unidentified male pedestrian being fatally struck by a black Toyota RAV 4 SUV on the southbound lane of the Uriah Butler Highway near the Munroe Road Flyover. The driver is assisting Chaguanas Police with the investigation.

“The Trinidad and Tobago Police Service (TTPS) wishes to extend heartfelt condolences to the families of the victims. The two incidents have brought the 2021 road accident fatalities to 28 compared to 36 for the same period last year.”

Although this represents a reduction of 22%, these incidents are preventable.

The TTPS is urging the public to exercise greater care, caution, and responsibility when using the nation’s roads.