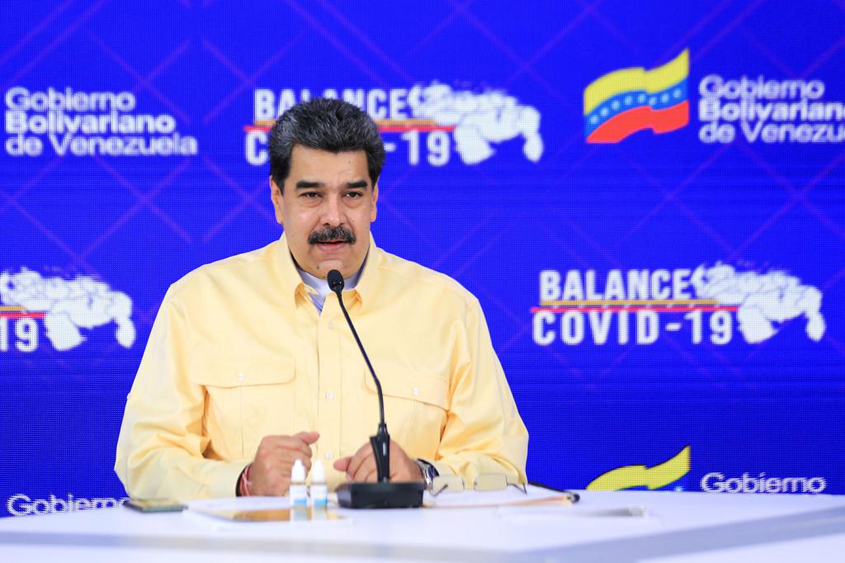 Venezuela has accused the United States of preventing international banks from unblocking more than $30 billion  to buy vaccines through the Global Access Fund for Vaccines (Covax).

“Tireless actions have been carried out to release more than 30 billion dollars held abroad and to target them to face the serious impact of the coercive measures imposed against the people and the purchase of vaccines against covid-19, through the Covax mechanism ”, Said the vice president of Venezuela.

Delcy Rodríguez was speaking at the presidential palace in Miraflores, during a press conference broadcast on state television.

The official said that more than 7 billion dollars (5.91 billion euros) should be used to pay for vaccines to the Covax mechanism.

According to Delcy Rodríguez, the Central Bank of Venezuela asked the US bank Citibank to release US $346 million, receiving in response that these funds were transferred to the United States Federal Reserve, by order of the opposition leader Juan Guaidó.

On the other hand, he stated that the Venezuelan Government asked the Public Prosecutor’s Office to thoroughly investigate “the criminal acts, theft, and the kidnapping of the Venezuelan people’s resources to meet the covid-19 pandemic” and “determine the responsibility of Juan Guaidó and the your group ”for“ impeding the right to health and life for the people of Venezuela.

“We expect maximum speed in the investigations of the Public Prosecutor’s Office”, he underlined.

During the press conference, the Venezuelan vice president again recalled the position of the Government of President Nicolás Maduro, insisting that Venezuela does not authorize the local use of vaccines produced by AstraZeneca.

In Venezuela, 152,508 cases of covid-19 have been officially confirmed, since the beginning of the detection of the disease in the country, in March 2020.

There are 1,511 deaths associated with the new coronavirus and 141,831 people have recovered from the disease.

Last Sunday, President Nicolás Maduro decreed two weeks of “radical quarantine” until after Easter, to try to stop the local spread of the covid-19 virus variants detected in Brazil.

The country has been on alert since February 12th, 2020, and, according to the local press, cases of the variants initially registered in Brazil were detected in Caracas, Miranda, La Guaira, Bolívar, Monagas, Anzoátegui, Guárico, Zulia and Mérida.

According to the Association of Clinics and Hospitals (ACCH), the areas of hospitalization and isolation and intensive care of 11 private clinics in the city of Caracas are registering between “95% and 100%” of occupation of patients diagnosed with covid-19 .

Venezuela received, on March 2, half a million doses of vaccines from Chinese state pharmaceutical Sinopharm against covid-19 and on February 13, received the first 100,000 doses of the Russian vaccine.

According to the National Academy of Medicine of Venezuela, the country needs 30 million vaccines to immunize 15 million people, 3.5 million priority.

Loading...
Newer Post
CoP will not be entertaining any requests for vigils and marches for the upcoming holidays
Older Post
I will gladly take the first vaccination shot – Dr. Fuad Khan