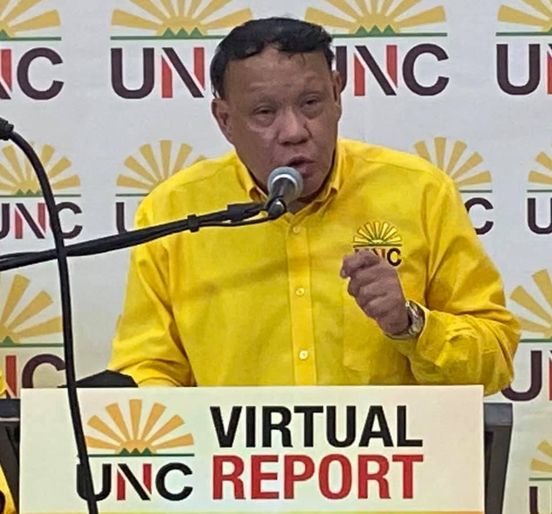 The opposition United National Congress is calling for the resignation of Energy and Energy Industries Minister Franklin Khan.

The call was made by MP David Lee, in light of government rejecting a bid by Patriotic Energies last week and announcing that the Petrotrin refinery will be put on the open market again.

Lee said before the local government elections of 2019 and the general election of 2020, the Government dangled the sale of the refinery to the Oilfield Workers Trade Union (OWTU)’s Patriotic Energies and Technologies Ltd before the population.

Lee accused the government of decimating the energy sector and has called on the prime minister to “Come clean and tell the population what is the true story of this refinery.”

And now that government has given the OWTU deal another 15 days to evaluate, Lee asked what is going to happen in the other 15 days.

He said “This country has to ask itself, what has the Minister of Energy Franklin Khan done over the last five years, what has he done other than decimate our energy sector?

Lee said the country was living off of the incentives put in place in the energy sector by the People’s Partnership administration between 2010 and 2015.