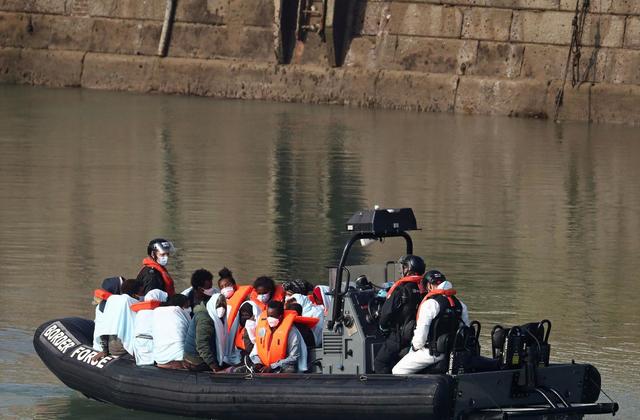 A report in The Financial Times newspaper assures that the Minister of the Interior of the United Kingdom, Priti Patel, asked officials to explore the possibility of prosecuting the asylum seekers in the volcanic island of Ascension, a British overseas territory located in the Atlantic Ocean, more than 6,435 kilometers of the European country.

However, the publication maintained that, after analyzing the candidate location for the processing center and the practicality of transferring migrants to the island, the proposal was rejected. According to a source cited by the BBC network, the idea of taking applicants outside the British islands It is studied, but for this it will be key to find a suitable place.

The British Home Office did not deny these versions. “As the ministers have said, we are developing plans to reform policies and laws around the illegal immigration and the asylum to make sure we can protect those in need, while avoiding the abuse of the system and the criminality associated with it“He said in a statement.

Nick Thomas-Symonds of the Labor party called the idea “inhuman, completely impractical and extremely expensive”. “It is completely credible that it has occurred to this government Tory”, He expressed.

For his part, Alan Nicholls, member of the council of the ascension island, told the BBC that taking applicants on a trip of more than 6,000 kilometers even the island would be “a logistical nightmare”And would not have the approval of its inhabitants.

It is calculated that more than 4,000 migrants have reached the shores of the United Kingdom this year after crossing the English Channel in small boats. Patel offered make the route “unviable” and slow down the arrival figures, and appointed a “commander of clandestine threats of the channel.”