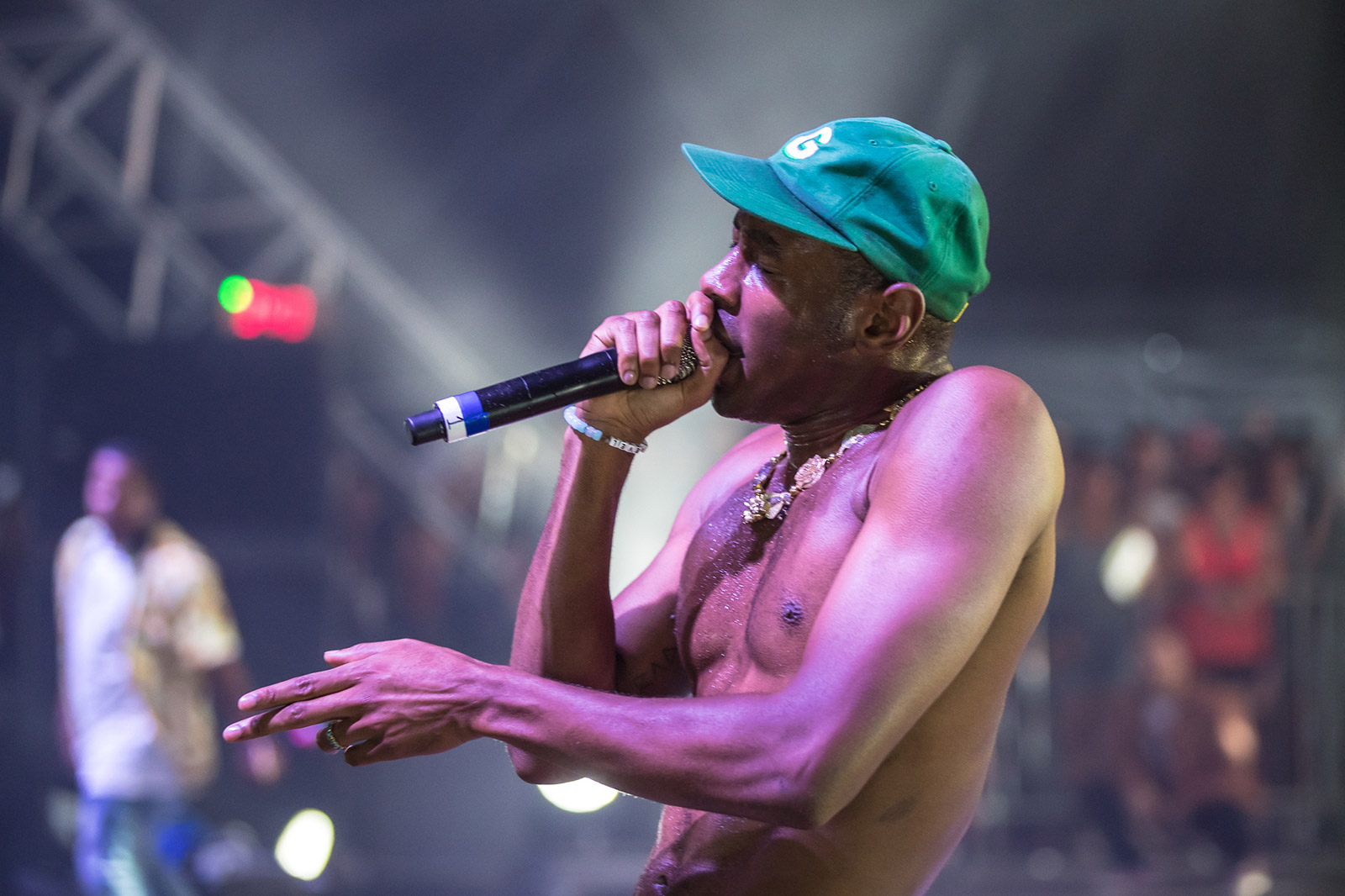 Tyler, The Creator Talks Liking Women & Having Sex With Men…Oops!!!

American Rapper Tyler, The Creator never really had a coming-out moment in the traditional sense of the term but sure knows how to push those buttons.

After being critiqued for his seemingly homophobic lyrics early on in his career, the former Odd Future rapper has taken a liking to push the envelope with his lyrics in an opposite manner. Instead of using the f-word a disgusting number of times in his tracks, Tyler now opens up about his sexual experiences with men. Noting that he’s been “kissing white boys since 2004” in one song, he’s clearly more comfortable in his own skin and, truly, nobody knows if he’s being serious or not. In his brand new profile piece with GQ, the recording artist came through with a statement that turned heads once again, touching on the realm of his sexuality and hinting that he may be bisexual.

The 28-year-old IGOR rapper told the interviewer about his preferences, explaining that he loves women but, oftentimes, he ends up with their male siblings. Continuing his extravagant passages about the homosexual experiences in his life, Tyler said: “I like girls—I just end up fucking their brother every time.”

Regardless of whether or not Tyler is just playing around with his fans, you’ve got to respect him for being so unafraid. In a hip-hop climate where the LGBTQ+ community is still not fully embraced, this man is a breath of fresh air.

Loading...
Newer Post
“I have a dream” that’s all they know and not the history behind it…
Older Post
Possible Animal Abuse Charges After Dog/Cat Seen Fighting Along With Owners

Wanted Man Goes to Prison to Get ‘Peace and Quiet’ 0