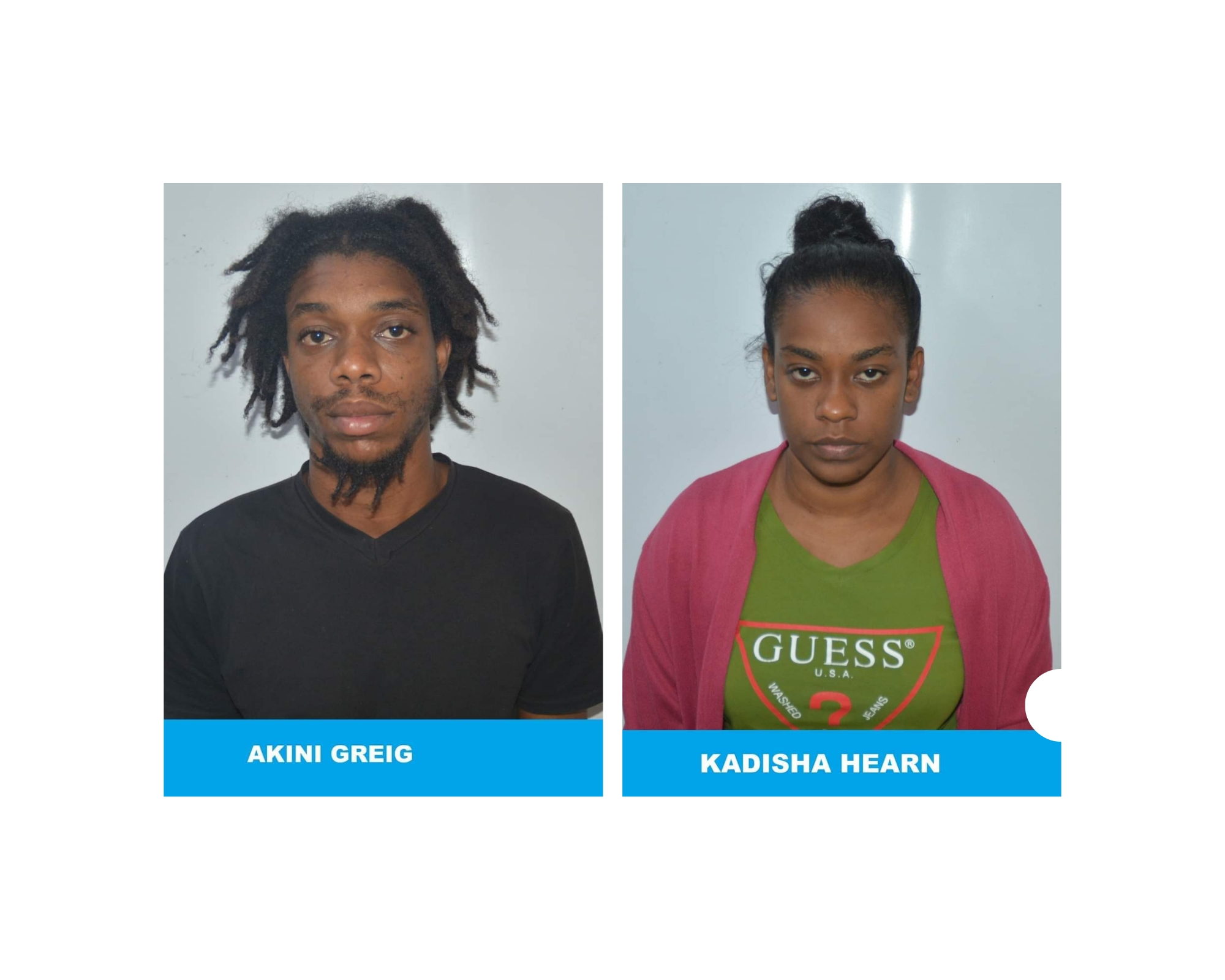 Two persons appeared before a Scarborough Magistrate today, charged with the murder of Special Reserve Police Officer No. 9957 Kyle Lashley, which occurred on November 12th, 2022, in Tobago.

AKINI GREIG, 24, of Mt. St. George, Tobago and KEDISHA HEARN, 28, of Carenage, were jointly charged with the offence when they appeared before Magistrate Rajendra Rambachan, at the Scarborough Magistrates’ Court, on Wednesday 23rd November, 2022. Grieg was also charged with receiving a stolen vehicle.

PC Lashley, who was last attached to Crown Point Police Station, was in the company of friends around 7:10 pm, on Saturday 12th November, 2022, at Providence Road, when a black Kia Cerato motor vehicle stopped alongside them and two armed men exited.

One of the men proceeded to relieve PC Lashley of a gold chain and fired several shots at him. The men then entered the vehicle which sped off.

Officers of the Moriah Police Station responded and conveyed PC Lashley to the Scarborough General Hospital, where he was pronounced dead on arrival.

The investigation was supervised by ASP (Ag.) Simon, Insps. Lynch and Mongroo, W/Sgt. Quashie-George and Sgt. Pinder all of the HBI Region One, with assistance from The Tobago Divisional Task Force, The Research and Analytical Unit, Crime and Problem Analysis Branch and the Cyber and Social Media Unit with tactical assistance from ASP Ramesar, Sgt. Arthur and officers attached to the Inter-Agency Task Force.

The suspects were charged by W/Insp. (Ag.) Joefield of the HBI, Region One, Tobago Sub-Office on Tuesday 22nd November, 2022.

Three guilty of murder after shooting down plane in Ukraine 0