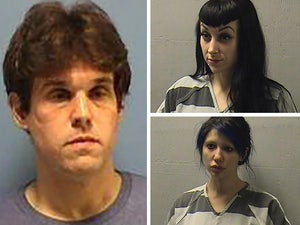 According to his lawyers, the former priest must also pay a $1,000 fine and $8,000 in reparation to the Archdiocese of New Orleans.

He received a three-year sentence with supervision and a suspended sentence from the judge.

The incident happened on September 30, 2020, when a parishioner observed the lights were on inside Saints Peter and Paul Catholic Church at about 11 pm that night while Clark, Melissa Chang, and Mindy Dixon were filming the sexual act on the altar.

PTSC Suspends Service To Guayaguayare Due To Collapsed Manzanilla/Mayaro Road