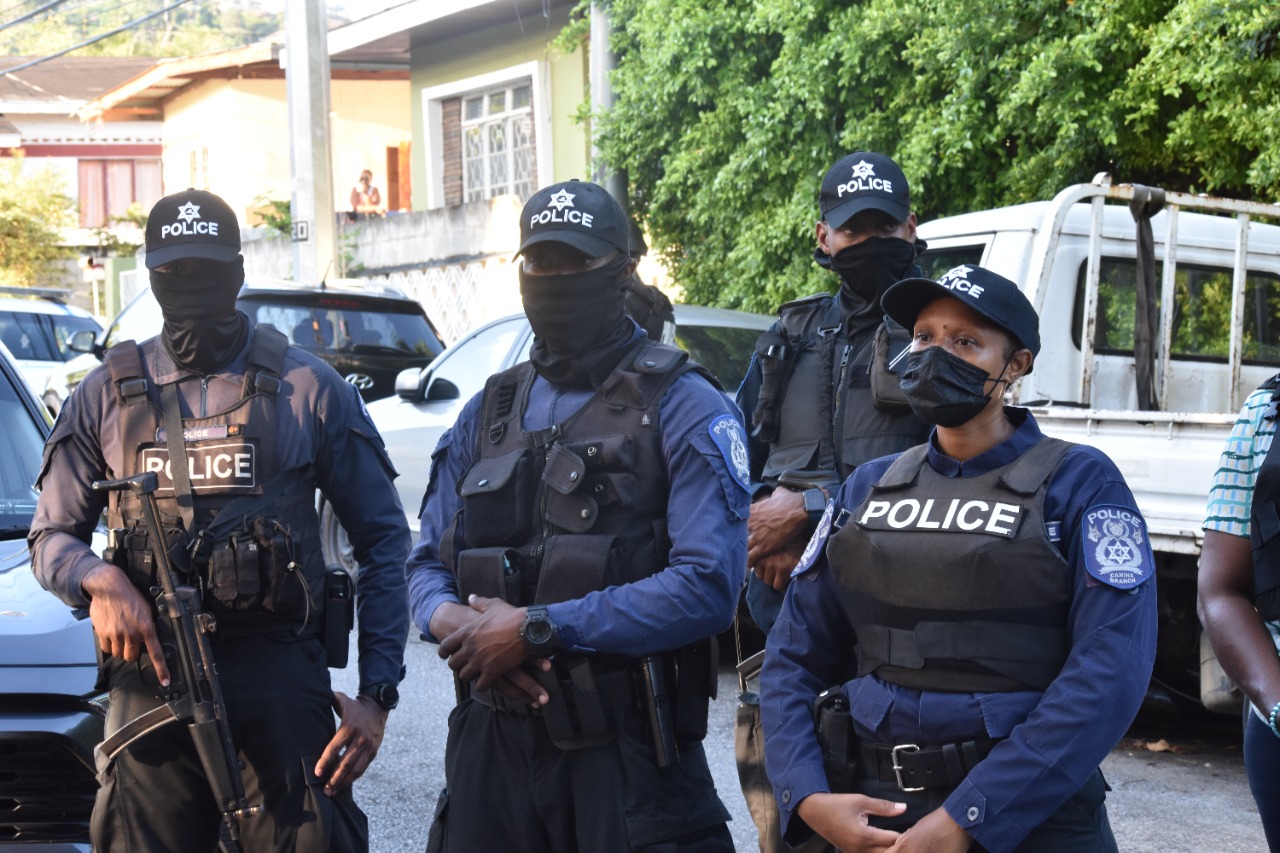 The Trinidad and Tobago Police Service is moving to eradicate the illicit trade and use of illegal firearms throughout the country.

Acting Commissioner of Police, Mc Donald Jacob, wants to erase citizens’ fear of crime and the perceived risk of victimisation, especially as it relates to violent and serious crimes, such as murders, in which eighty –five percent usually involve the use of guns.

Acting Commissioner Jacob, who was speaking to a team of officers of the Western Division in St James Thursday afternoon before a crime suppression exercise, underscored the calculated approach is not only seizing illegal firearms and ammunition, but utilising the latest technology and forensic science in solving crimes which were committed using these weapons.

Mr Jacob reiterated the TTPS’ Executive latest initiative to incentivise police operations which yield the maximum result of arrests and charges for those bent on destabilising and destroying communities.

The Acting Commissioner of Police referred to a reward ceremony held earlier in the day at the Police Administration Building, in which all nine Police Divisions were recognised for their sterling performances in removing guns from the hands of criminals.

The monetary rewards were distributed through the Divisional Commanders who in turn will cause the officers at the individual level to receive some degree of recognition at the close of the year.

Cabinet Retreat In Tobago From Wednesday To Friday. 0

PAHO: T&T has reported the highest increase in COVID related deaths in the region recently 0