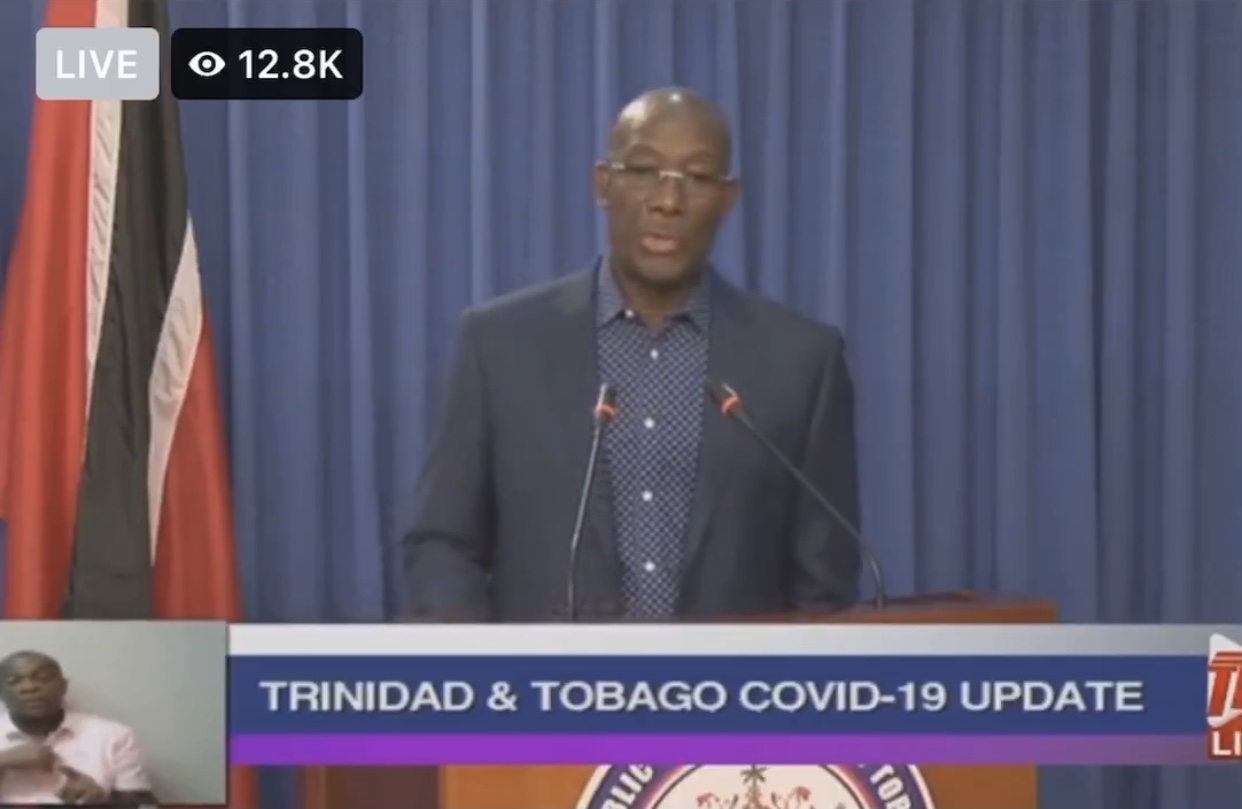 PM Rowley “T&T under State of Emergency from midnight” Sat 15th May.

Prime Minister Dr. Keith Rowley:
“Trinidad and Tobago is at a stage in the pandemic where we are running out of bed space to treat Covid patients. T&T has a population that is afraid, with advise to ‘press the panic button’ from person who in the past were telling the Government that we were being too prescriptive. Unfortunately it took coffins and deaths to wake up Trinidad and Tobago. Before many were dealing with numbers, but now were are faced with people we know dying. Now we are a stage where 21 people have died in one day. If this is allowed to multiply the situation can get much worse.
The government now has to enact further measures to restrict movement and infections.”

The measures include the following:
From midnight tonight Trinidad and Tobago will be under a state of emergency. The curfew will run from 9:00pm to 5:00am. The Prime Minister also did not give a timeline.

He said that the length of time for the state of emergency would depend on the results in terms of how effective the SOE is in terms of reducing congregation, infections and deaths.

NPTA Gets Injunction Continued In The High Court. 0