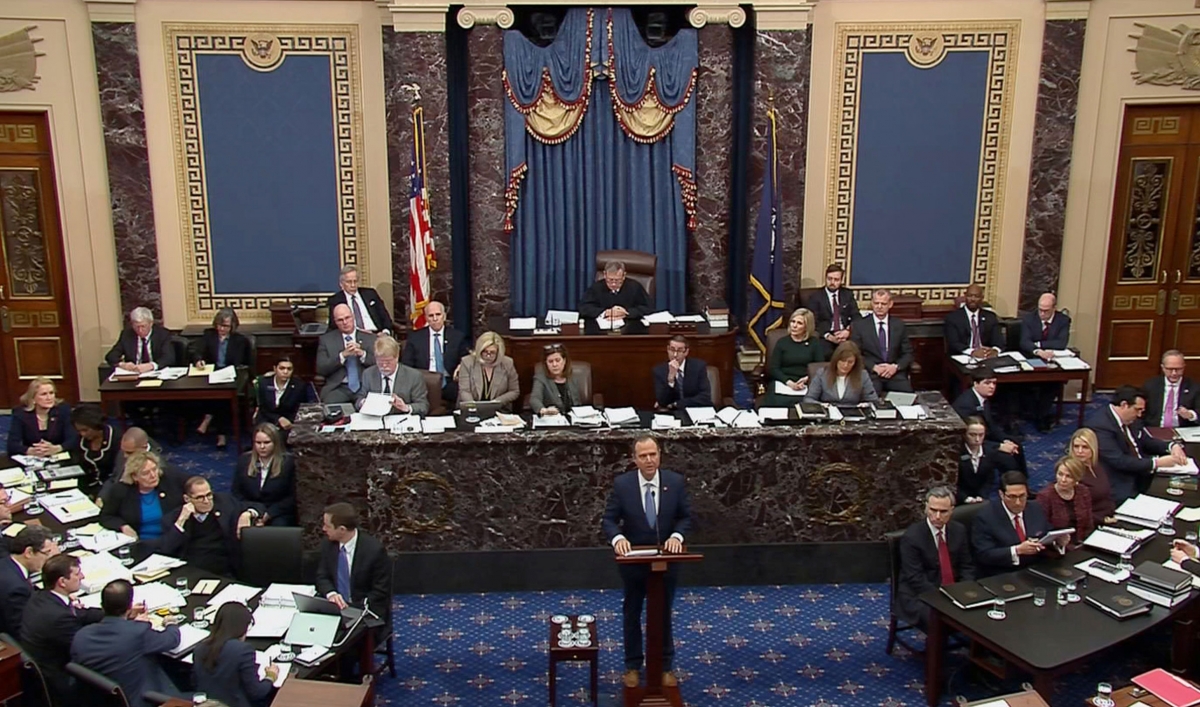 The Senate has rejected a Republican attempt to dismiss Donald Trump’s historic second impeachment trial, a vote that allows the case on “incitement of insurrection” to move forward but also foreshadows that there may not be enough votes to convict him.

The 55-45 procedural vote to set aside an objection from Kentucky Sen. Rand Paul puts the Senate on record as declaring the proceedings constitutional and means the trial on Trump’s impeachment, the first ever of a former president, will begin as scheduled the week of February 8th. The House impeached him two weeks ago for inciting deadly riots in the Capitol on January 6th when he told his supporters to “fight like hell” to overturn his election defeat.

Paul argued that the vehicle used to potentially convict a former president of high crimes and misdemeanors is “illegal,” since Trump no longer holds public office.

“Private citizens don’t get impeached. Impeachment is for removal from office and the accused here has already left office,” Paul said on the floor of the Senate.

However, the Senate voted to reject Paul’s theory by a vote of 55 to 45.

“If the framers intended impeachment to merely be a vehicle to remove sitting officials from their office, they would not have included that additional provision: disqualification from future office,” Schumer said.

If the Senate votes to convict Trump, it will trigger a second vote taking up the question of permanently barring him from running for office again — a tantalizing prospect for Senate Minority Leader Mitch McConnell, who has privately expressed his willingness to rid the Republican Party of Trump.

However, Paul interpreted the 45 votes siding with his position as a reason to believe a conviction of Trump is “dead on arrival.”

“If you voted that it was unconstitutional, how in the world would you ever vote to convict somebody for this?,” Paul told a reporter afterwards. “Ninety-five percent of the caucus voted that the whole proceeding was unconstitutional. So this is a big victory for us … The vote indicates the trial’s all over.”

Sixty-seven senators, including 17 Republicans, would be needed to convict Trump in a trial.

The senators took oaths Tuesday to ensure “impartial justice” as jurors in the trial, proceedings that will test Republican loyalty to the former president for the first time after the deadly siege at the U.S. Capitol.

Many Republican senators, including Paul, have challenged the legitimacy of the trial and questioned whether Trump’s repeated demands to overturn Joe Biden’s election really constitute “incitement of insurrection.”

US Government Donates Eight Ventilators To Trinidad And Tobago. 0