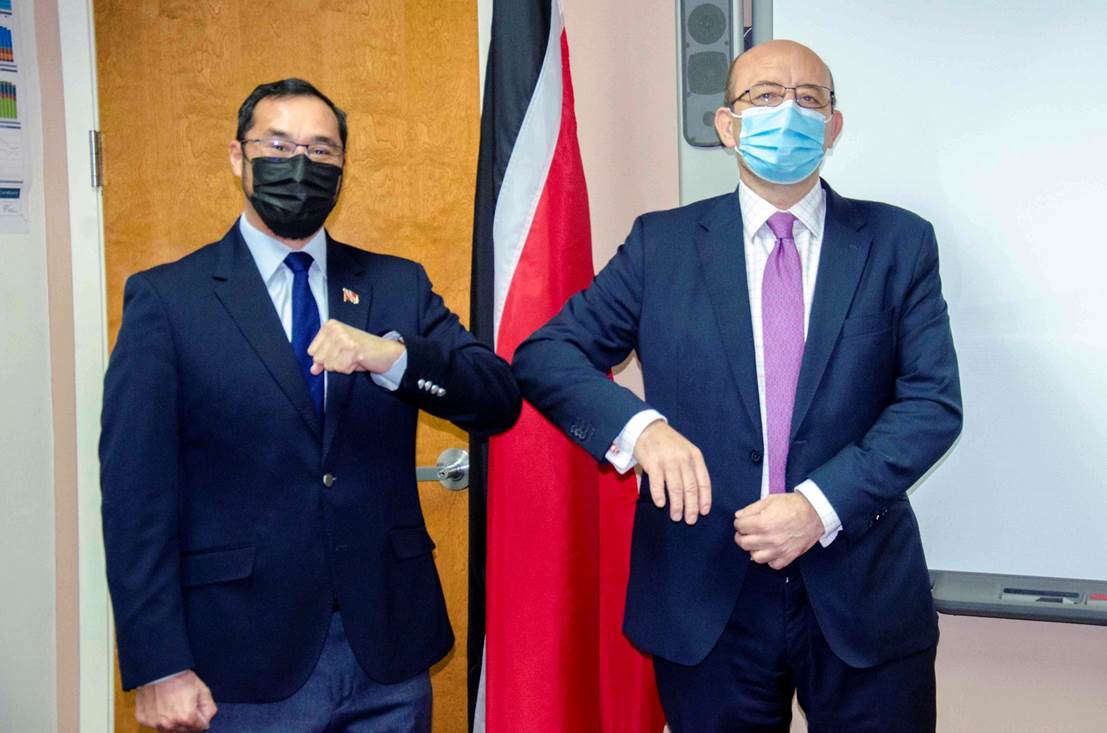 Opportunities for cooperation between Trinidad and Tobago and the Kingdom of Spain and the interest in both commercial and political collaboration for the benefit of both countries.

This was one of the topics on the agenda when Minister of Energy and Energy Industries and Minister in the Office of the Prime Minister, Stuart Young met with Ambassador Extraordinary and Plenipotentiary of the Kingdom of Spain, His Excellency, Fernando Nogales, during a courtesy call today.

Ambassador Nogales was accompanied by Deputy Head of Mission at the Ministry’s Waterfront offices, Baltasar Fernandez.

Ambassador Nogales highlighted the current strides being made by many Spanish companies in other Caribbean countries in the area of renewable energy and made clear his intention to establish strong bilateral relationships between Spain and Trinidad and Tobago and the willingness of such companies to extend their presence and expertise in the English-speaking Caribbean in the areas of digitalization and energy efficiency.

Both parties agreed there were many potential partnerships available for the two countries.

Clash over vaccines in Parliament: Deyalsingh vs Mark 0