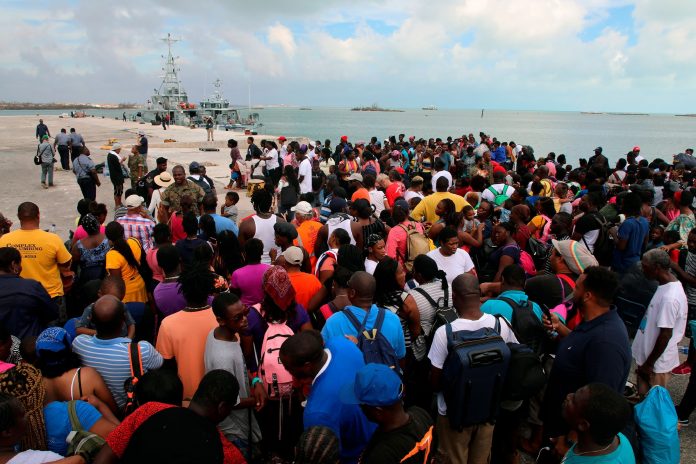 Trump Warns That Bahamian Hurricane Refugees Could Be ‘Gang Members’

Hundreds of Bahamian evacuees currently in Nassau, Great Abaco, and Florida expressed Monday their intentions of migrating to the United States due to the scarce probability of reconstruction and unlikely effective action from authorities in their homeland, yet due to Donald Trump’s anti-migrant policy their plans might face obstacles.

Some members of the U.S. Congress demand that visa requirements be set aside so as to permit the reunion of victims with family members with U.S. citizenship.

When asked about the issue U.S. President Donald Trump said the U.S. needs to be careful about allowing Bahamians into the country following Hurricane Dorian. “I don’t want to allow people that weren’t supposed to be [in the Bahamas],” he said, adding that among the refugees could be “very bad people and some very bad gang members and some very very bad drug dealers.”

Trump also pointed out that documentation was a requirement.

On Monday, Senator Rick Scott urged U.S. officials to clarify the current rules. “As hundreds of thousands of Bahamians seek refuge or start to rebuild after Hurricane Dorian, we cannot have the kind of confusion that occurred last night in Freeport,” Scott said in a statement, noting that he and Senator Marco Rubio “continue to urge President Trump to waive some visa requirements for those in the Bahamas that have family in the United States. But until that happens, there needs to be clarity on the current rules.”

On Sunday, Bahamians were ordered off a ferry headed to Florida if they did not have a U.S. visa, even though others without visas had already traveled to the U.S. as long as they had a passport and proof of no criminal record. U.S. Customs blamed the incident on the ferry operator.

The largest concentration of Bahamian immigrants in the United States is in Florida.

Hurricane Dorian was the worst ever to hit the islands. On its path, it left 50 dead so far, complete devastation especially in Abaco island and an estimated 76,000 locals with no home, according to U.N.