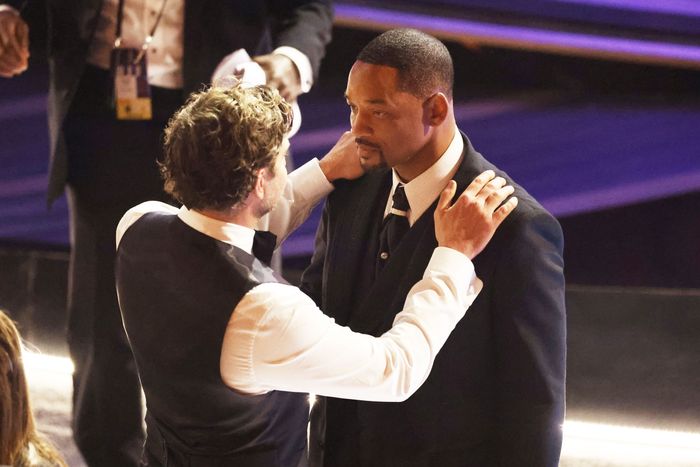 Academy claims Will Smith was asked to leave after slap, but he refused

The Academy of Motion Picture Arts and Sciencessaid Wednesday that it began its “disciplinary proceedings” against Will Smith for slapping Chris Rock at Sunday’s Oscar ceremony.

“The Board of Governors initiated disciplinary proceedings against Mr. Smith for violations of the Academy’s Standards of Conduct, including inappropriate physical contact, abusive or threatening behavior, and compromising the integrity of the Academy,” the statement said.

In their statement, the board also revealed, “Mr. Smith was asked to leave the ceremony and refused, we also recognize we could have handled the situation differently.”

Another board meeting is set to take place on April 18 which the Academy make take action against the “King Richard” star that could include suspension, expulsion, or other sanctions permitted by the Bylaws and Standards of Conduct.

Loading...
Newer Post
The NPTA says that it is concerned about the infrastructural readiness of schools
Older Post
TUCO Presdient says Blaxx deserves a state funeral