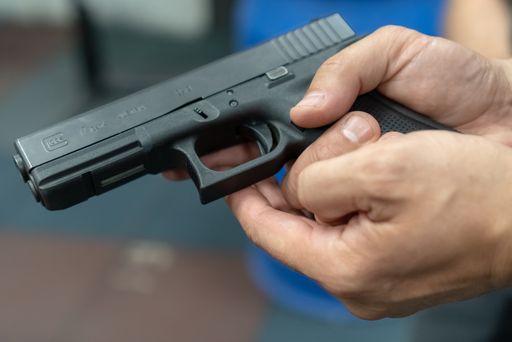 Tobago man held with pistol and ammo in vehicle

One man was arrested and a pistol and quantity of ammunition seized by officers of the Tobago Divisional Task Force, during an anti-crime exercise conducted in the Hope Village district yesterday.

Officers were on mobile patrol along Windward Road, Hope Village, on Saturday 12th October, when they had cause to stop and search a silver Honda SUV with a lone male occupant.

The search resulted in officers finding a pink and grey bag on the floor of the front passenger area containing a pistol along with a magazine containing four rounds of ammunition.

The suspect; a 24-year-old Bon Accord man was arrested in connection with the find.
Investigations are ongoing.