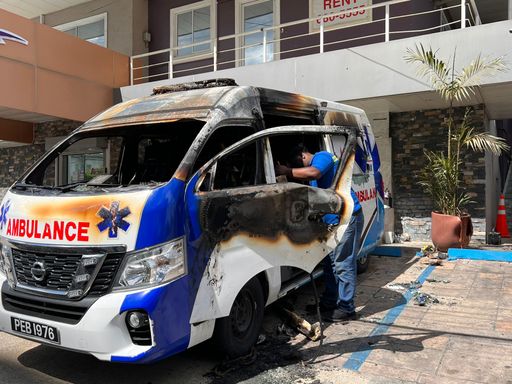 Three ambulances were destroyed on Tuesday June 14 during an arson attack at Aid Allies Medical Limited.

The company shares the same compound with Alexandra MRI Limited in Port-of-Spain.

According to a media release issued on Tuesday afternoon, the incident occurred just after 12.30 am and was carried out by a man who exited a grey Nissan Note vehicle. 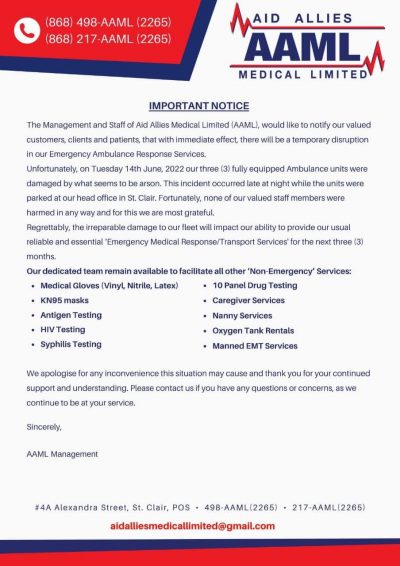 Several members of staff who were able to view CCTV footage of the incident said a man exited the vehicle and then immediately smashed the windows of one of the ambulances.

According to The Guardian, a man then poured a flammable liquid inside of the ambulance and set it on fire. He then did it two more times to the other ambulances on site. On one occasion the flames even blew back in his face.