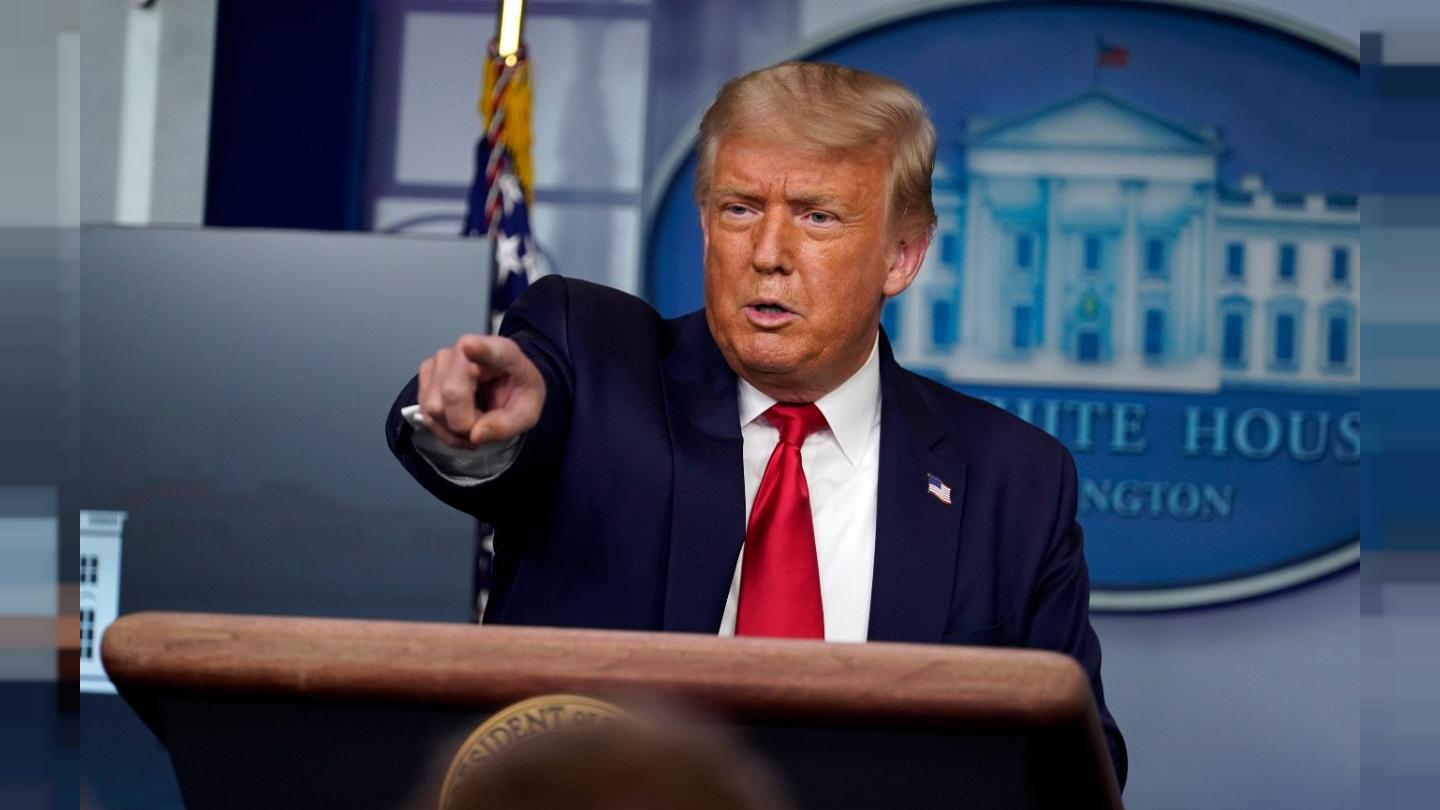 ‘They Are Trying to Steal the Elections’: Donald Trump Accuses Democrats

In the midst of a tight poll, U.S. President Donald Trump and his Democratic rival Joe Biden waged a battle of words over the election result early in the morning, with an exchange of accusations.

Trump took to Twitter to claim, without any evidence, that there is an attempt to steal the election.

“We are WELL in the lead, but they are trying to STEAL the election. We will never let them do that. Votes cannot be cast after the polls are closed,” said the Republican, in an apparent reference to votes sent by post and that they can arrive to be counted after the end of the election, yesterday.

Trump’s message was classified as misleading by Twitter, which placed an alert before allowing it to be viewed by users. The social network said that Trump’s message violated its civic integrity policy, which prohibits “unverified information about electoral fraud, vote adulteration, vote counting or certification of election results.” Facebook used the same classification.

Biden went to the same social network shortly after, where he replied that “it is not my place, nor that of Donald Trump to declare the winner of this election. This is the place of the voter”.

“We are right where we are. We believe we are on the way to win this election,” he said in another message.

Earlier, the Trump campaign had released a message to its supporters in which it demanded that the press recognize the president’s victories – as in the USA there is no national body that centralizes the counting of votes, they are the main media that project the results in the states, based on the calculation numbers.

There was also an expectation of a Trump statement, which had been announced by reporters covering the White House.

Before Trump spoke, Biden made a statement at his home in Wilmington, Delaware, in which he was optimistic about a possible victory:

“We won in Arizona, Minnesota and are still in the game in Georgia, Wisconsin and Michigan. It will take a while to count, but we will win Pennsylvania, ”he said to his supporters at a drive-through rally in Delaware, with people in their cars. Keep the faith, people.”

Contrary to what Trump said, there are no more votes being cast, but several states must still count votes received by letters sent until yesterday.

The president has been denouncing, without evidence, that there would be electoral fraud. Their complaints are considered by experts to be an attempt to suppress the vote, undermining confidence in the electoral process. In several court cases, Trump has lost allegations of fraud.

The message released earlier by the Trump campaign, accusing the press of hiding the results, says that “this day was historical” and that “we will WIN, and WIN WITH STRENGTH”.

“But the fake news media and its Democratic partners will REFUSE to proclaim the result. They will try to do everything possible to avoid we to win, which is why I need you to take action ”, continues the text, which asks for donations:

Once the campaign is over, the likely destination of donations is a series of lawsuits in which the president tries to question the validity of votes by letters.

The campaign cited no states in the email, but White House Press Secretary Kayleigh McEnany pressured U.S. media outlets to declare Donald Trump the winner in Florida, where the Republican’s victory was ultimately projected.

Transgender woman beaten after housed in jail with 3 men 0