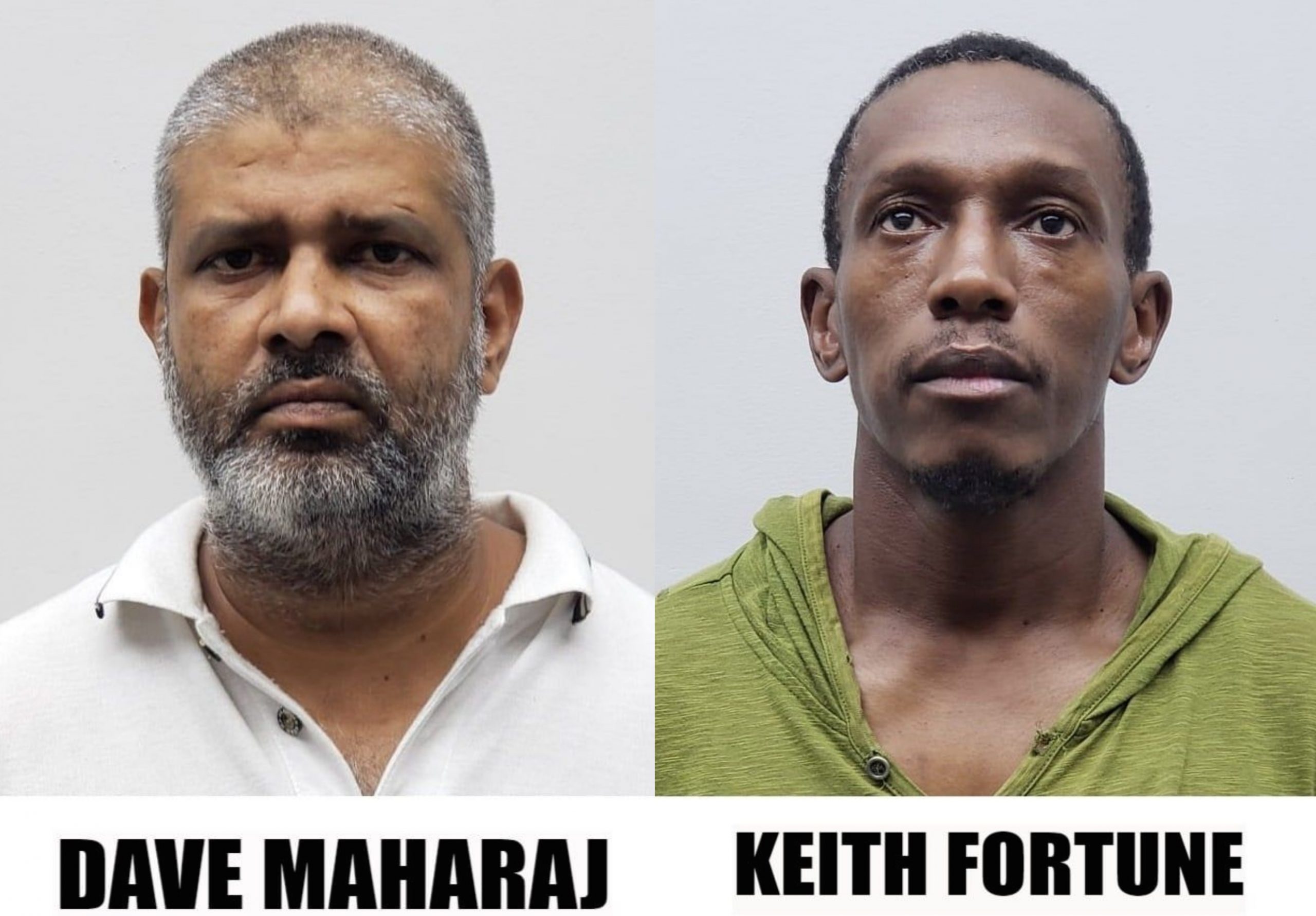 No bail for two charged with larceny

Two men were denied bail and remanded into custody after they were charged with the offence of obtaining money by false pretense.

Dave Maharaj, 42 and Keith Fortune, 54, were charged jointly on Tuesday for the offence and appeared at the Chaguanas Magistrates’ Court.

They were remanded into custody after being denied bail. They are scheduled to reappear on November 5th 2020.

The charges stem from three separate incidents which occurred in the Central Division.

The first incident occurred on June 24 2020 at a roofing company on Southern Main Road, Cunupia. The second took place at Price Plaza, Chaguanas, on September 12 2020.

The third incident occurred on October 22 2020 in Montrose, Chaguanas.

Maharaj, of Croix Road, Barrackpore, was arrested Monday and Fortune of Gregory Street, Caroni, was held on October 30. They were charged after extensive investigations were conducted by officers of the Central Division.