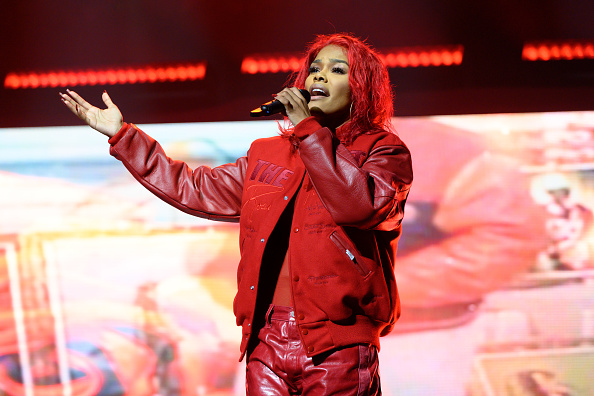 Teyana Taylor stops performance as fan fainted during the concert

R/B singer Teyana Taylor is making music again, this after retiring back in December 2020 and this time she’s making sure her fans are GOOD.

During her Los Angeles concert for her “Last Rose Pedal Tour,” the singer paused her performance to check on a fan who needed to get some air.

In the clip posted by a fan/concert goer ‘The Kripeck’ shows Teyana directing her security to grab a fan from the crowd.

After being placed on the outside of the dividers, Teyana tells her team to “make sure she got some air.” The entertainer then says to the woman, “eyes open!” before asking, “aht aht you good? Say rose pedal.” The woman repeats the word, confirming that she was ok. The crowd then applauded Teyana for looking out for her fans.

Social media users have been reposting the video on Twitter, with some comparing it to the recent incident that happened at Astroworld Festival where 8 people sadly died in the crowd and left over 300 people injured.

Loading...
Newer Post
Another Horrific Injury Occurs On The Set Of The Alec Baldwin Movie “Rust”
Older Post
IVF mix-up caused California women to give birth to each other’s babies