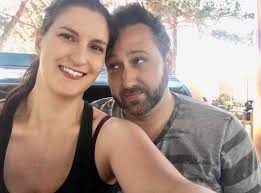 Two California couples gave birth to each other’s babies after a mix-up at a fertility clinic and spent months raising children that were not theirs.

The couples eventually swapped the infants, this according to a lawsuit files in Los Angeles.

Daphna Cardinale said she and her husband, Alexander, had immediate suspicions that the girl she gave birth to in late 2019 was not theirs due to the child’s darker complexion.

They fell in love with the baby and trusted the in vitro fertilisation process and their doctors, however she had her doubts.

She said she suffered with trauma after learning months later that she had been pregnant with another couple’s baby, and that another woman had been carrying her child.

“I was overwhelmed by feelings of fear, betrayal, anger and heartbreak,” she said during a news conference with her husband announcing the lawsuit. “I was robbed of the ability to carry my own child. I never had the opportunity to grow and bond with her during pregnancy, to feel her kick.”

Inquiry Into NEDCO On Wednesday 0