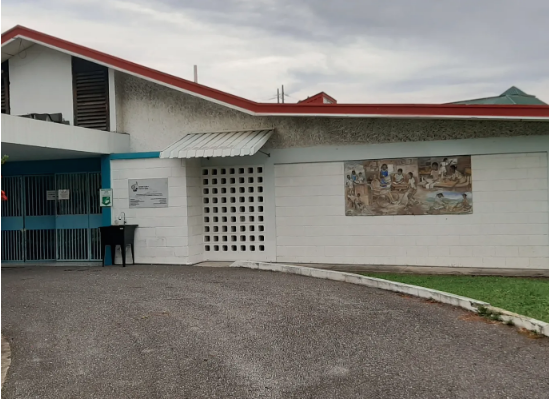 An investigation has been called for into claims that students from the Princess Elizabeth Special School have been barred from writing the Secondary Entrance Assessment (SEA) examination.

The claim was made yesterday by the school’s principal Gerard Frederick as he addressed a Joint Select Committee on Social Services and Public Administration.

Frederick told the committee that the SEA is a gateway to further education, but his school has had problems registering its pupils to write the exam.

He said “We haven’t had consistent Stan­dard fives writing the exam. Since I’ve been at the school, we probably begged to get three (pupils) about two years ago to write it. We have children with the capabilities.”

“We weren’t asking for accommodations, we just wanted the children to write. Yes, they may have a physical disability, but it might be wheelchair-bound, maybe just a little extra time they may need in the exam. These children have the mental capacity to write the exam” he said.

Frederick told the JSC that even though the children were prepared for the examination, the ministry’s School Supervision Department failed to provide support for the children and their parents eventually withdrew them from the exams.

Frederick said every year school officials beg for students to be allowed to sit the exam.

He said he reported the matter to the Chief Education Officer, but never received a response.

Frederick also pointed out to the JSC that “Students of Princes Elizabeth are at a disadvantage because they are rated as primary school students so technical/vocational subjects are not allowed. They are unable to do beauty, culture, commercial food prep which could afford them employment when they leave us at 17 and 18.”

Permanent Secretary of the Ministry of Education Lenore Baptiste-Simmons was shocked, but said once she receives a report, she will initiate investigations.

JSC Chairman, Senator Paul Richards, said it was not the first time he has heard of pupils being denied access to the SEA exam, but he noted that there needs to be some investigation into this practice, “which may be not be ministry policy but someone making a decision that’s beyond their remit.”