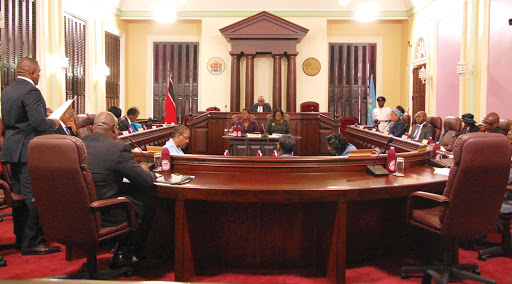 Still no deal! THA power sharing meeting ends with no agreement in place

After proposals and counter-proposals were made for a power sharing within the Tobago House of Assembly, a meeting between the People’s National Movement (PNM) and the Progressive Democratic Patriots (PDP) on Wednesday, ended without an agreement.

Both parties met at 4pm for an hour long meeting at the Assembly Legislature in Scarborough yesterday.

But, after the meeting, PDP leader Watson Duke accused the PNM Tobago leader Tracy Davidson-Celestine of humiliating his members.

Duke also revealed that his party was willing to unequivocally support any person the PNM nominated for presiding officer and chief secretary.

But he said the PNM requested that the PDP supply “resumes” for the nominees they intend to put forward for four secretarial positions in the THA.

“It was not good enough for her (Davidson-Celestine) to return the same favour to PDP. What she set out to do was further humiliate us by saying to us we must supply her with names, resumes and biographies for every candidate put forward and they will decide the best fit.”
Duke said the PDP rejected the request.

Duke said they had to leave the conversation there and hope that she has a change of heart.

However, Davidson-Celestine, when she spoke to members of the media, denied Duke’s claims.