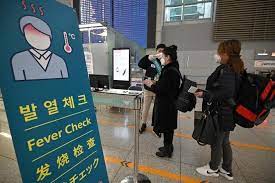 South Korea has announced the tightening of social distancing rules in most areas of the country to combat the country’s worst Covid outbreak yet.

New daily cases have risen to a high of 1,615 as the highly contagious Delta variant continues to spread.

Gatherings of more than eight people will be banned from Thursday, and restaurants and bars will have to close by midnight.

Tougher restrictions are already in force in the capital Seoul and the surrounding area.

South Korea is considered one of the success stories of the pandemic, with an effective track-and-trace campaign suppressing outbreaks and case numbers kept low.

But recent outbreaks have caused concern, and shortages have stalled an initially successful vaccination campaign. Just over 30% of the population have received at least one jab.

Man gunned down in Belmont 0