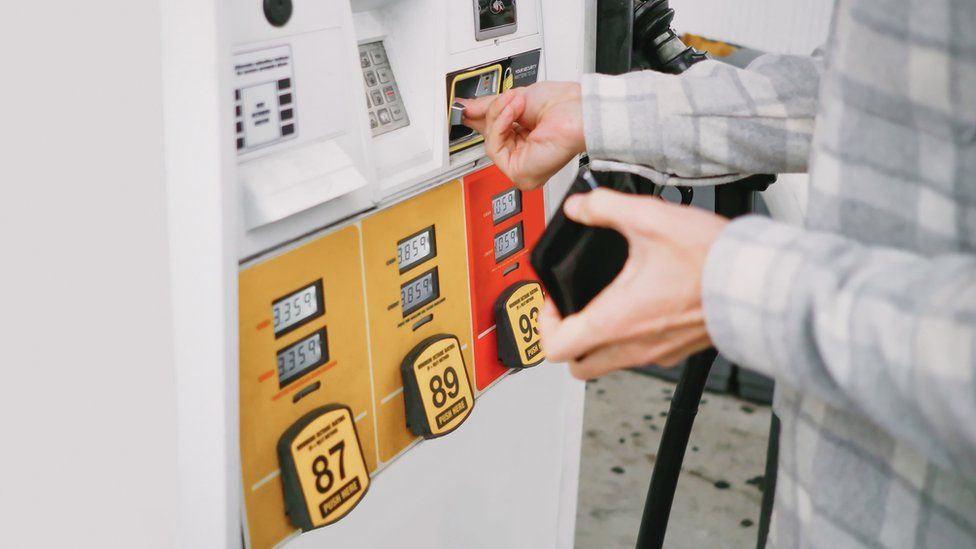 Some Americans are going to Mexico for cheaper petrol

As petrol prices across the US continue to rise, Americans are looking for cheaper ways to fill their tanks – and some are even seeking deals in another country.
In the US state of California, which consistently ranks among the highest in the nation for petrol prices, some are heading across the US-Mexico border in search of savings.
Even before Russia’s invasion of Ukraine in late February, the cost of gas in the US was ticking upwards. According to the US Department of Labor, petrol prices rose 40% from January 2021 to January 2022.
Russia is the world’s third-biggest oil producer and the conflict sent petrol prices soaring in the US and elsewhere. Earlier this month, the average cost of a retail gallon of gasoline hit $4.33 (£3.31) – reaching 14-year highs – according to the American Automobile Association (AAA).
It’s a different story in Mexico, where earlier this month President Andres Manuel Lopez Obrador promised to control petrol prices by subsidising fuel.

Loading...
Newer Post
Crab gets stuck in woman’s ear after snokeling
Older Post
Stuart Young comments on what Paria has done since drowning of four divers