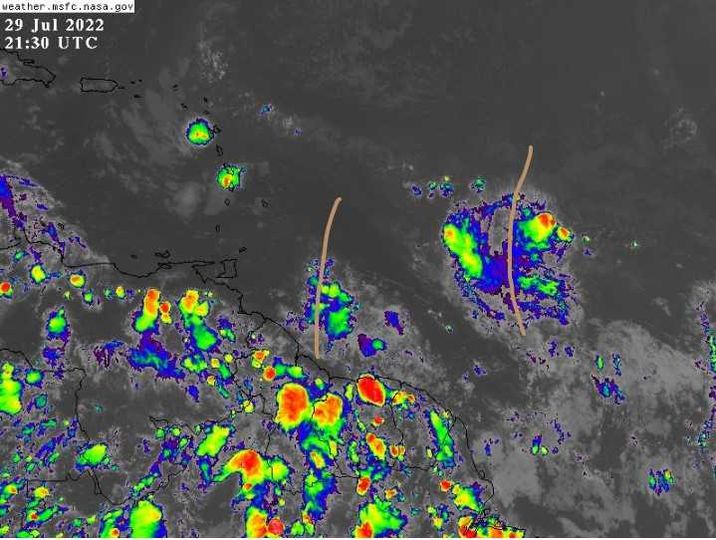 An approaching tropical wave will be the main feature of our weather for this weekend with cloudy periods, showers and a few thunderstorms affecting mainly Trinidad, and to a lesser extent, Tobago.

This according to a brief release from the TT Meteorological Service (TTMS).

The Met Service also warned of another wave, which is expected at the start of the new week with similar conditions.

Citizens are advised to keep up-to-date with the forecasts, alerts and information issued by the Met Office.

In terms of the weather for today:
Trinidad and will be mostly cloudy with scattered showers and isolated heavy showers/thunderstorms during the morning, gradually becoming settled during the afternoon and evening. Gusty winds, street/flash flooding and agitated seas can be expected in areas under heavy showers / thunderstorms.

Tobago and the Remainder of the Lesser Antilles is expected to be partly cloudy, hazy and breezy at times with occasional brisk showers.

Less than 1.0m in sheltered areas

Carapo man chopped during domestic dispute with a neighbour 0