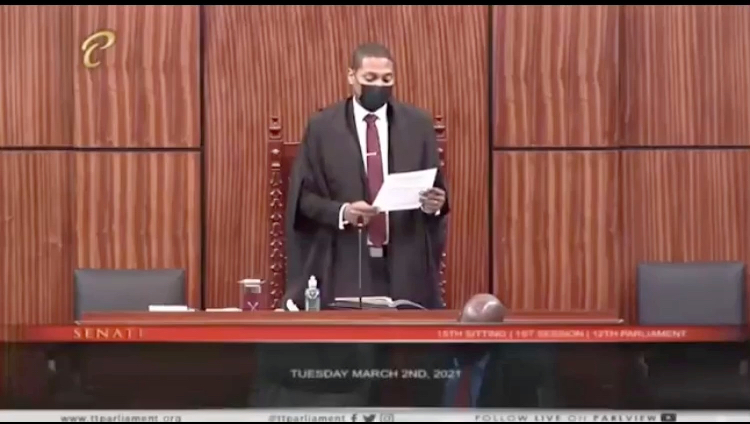 This ruling comes on the heels of statements made by Opposition Senator Anil Roberts during a Facebook live talk show.

“Hon. Members I am now prepared to rule on the question of privilege raised by the Leader of Government Business earlier in these proceedings.“

“The Leader of Government Business alleges that statements made by Senator Anil Roberts on Tuesday February 23rd, and Friday February 26th, 2021 on his social media show ‘douglAR Politics’, reflect negatively on the Presiding Officer in the discharge of her duties, and bring the Senate as a whole into odium and disrepute.”

“Hon. Senators, I received a copy of this privilege Motion and the broadcast via the office of the Clerk of the Senate. All that I am required to do at this stage is to rule if a prima facie case of breach of privilege exists. A decision on whether the matter referred to is indeed a breach of the privileges of this Senate fall to the Committee of Privileges.”

“Hon. Senators, I have carefully considered this matter, and having regard to the facts presented and well-established parliamentary practice and procedure, I am satisfied that a prima facie case of breach of privilege has been made. Accordingly, I now refer this matter to the Committee of Privileges for investigation and report.”