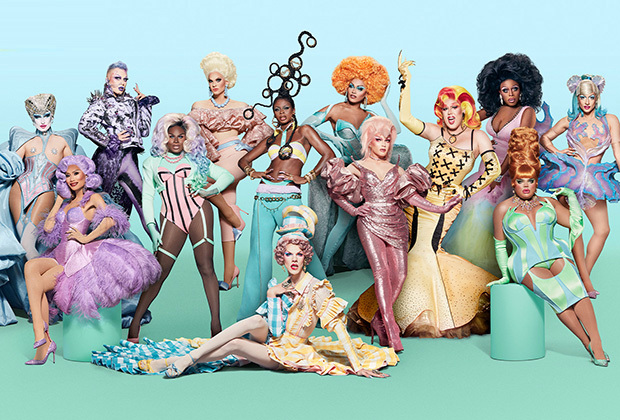 The power of drag is evidently infectious and a huge rating grabber! The upcoming season 13 of RuPaul’s Dragrace will be SIMULCASTED on not one, not 2 not even 3, but 6 networks!!!!

In an effort to bolster synergy between ViacomCBS brands, VH1 is set to simulcast the upcoming season premiere of RuPaul’s Drag Race on The CW Network, MTV, MTV2, PopTV and Logo. This marks the first time in 12 years that the Emmy-winning reality competition will expand its broadcast audience. The drag queen competition will ring in the “Ru” year on January 1st, 2021 at 8pm ET/PT.

Because RuPaul likes to keep fans and the queens on their toes, the season premiere will also include a new twist. The queens must immediately go head-to-head on the mainstage to defend their place in the competition with six lip syncs for their lives.