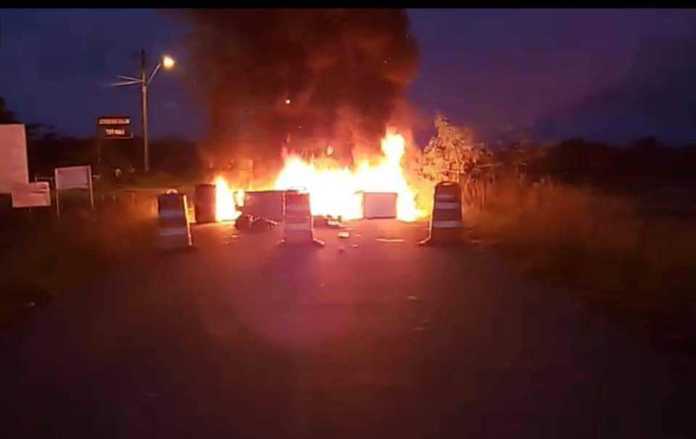 Commuters who normally use Grant Road, Rousillac, had to find alternative routes and were stuck in traffic this morning, as residents staged a fiery protest over their deplorable road conditions.

The residents said they have complained for many years and resorted to the protest action as their complaints over the road conditions have been continuously ignored by the authorities.

Residents dragged debris across Grant Road and set it on fire from as early as 3:30 am.

Local Government Councillor for Otaheite/Rousillac, Javed Mohammed, said “For years residents have been pleading with the government to fix the road. It is almost impossible, trucks get stuck in the pothole. We have potholes measuring 17 meters by 17 meters and six inches deep,” he reported.

He said an area along the Southern Main Road was also blocked, so that also contributed to the traffic.

Councillor Mohammed said he and the Councillor for Mon Desir (Derrick Bowen) have written several letters to the Ministry of Works and Transport but they have received no response.

Up until noon today, several areas along the road were still blocked, but they were being cleared by the police and fire service.