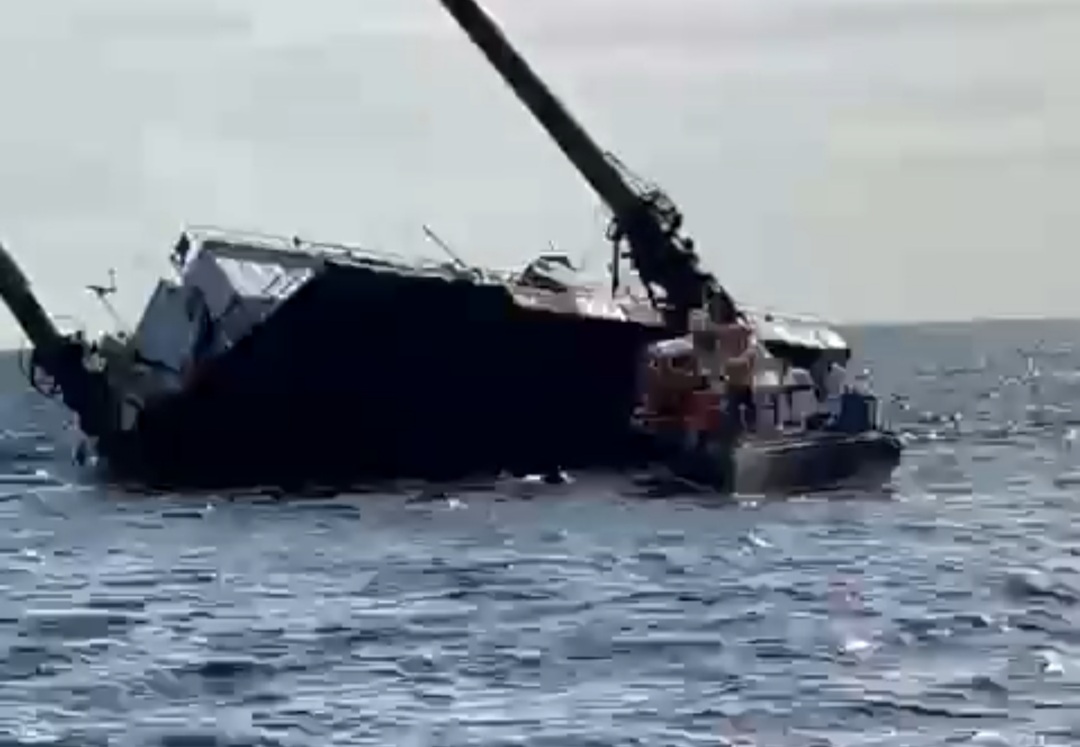 The Ministry of Energy and Energy Industries says six people on board a vessel which capsized and sank in the Gulf of Paria have been removed and accounted for.

It said there are about 900 barrels of diesel fuel on board the vessel.

In a media release, the Ministry said in the process of demobilizing the barge capsized and sank to the seafloor.

It said at the time, the barge was not contracted by Heritage Petroleum Company Limited.

The Ministry said “At this time, response efforts are being led by the owner of the vessel, Trinity Liftboat Services Limited.

The focus is now on salvage and ensuring that during this process there are no oil spills.