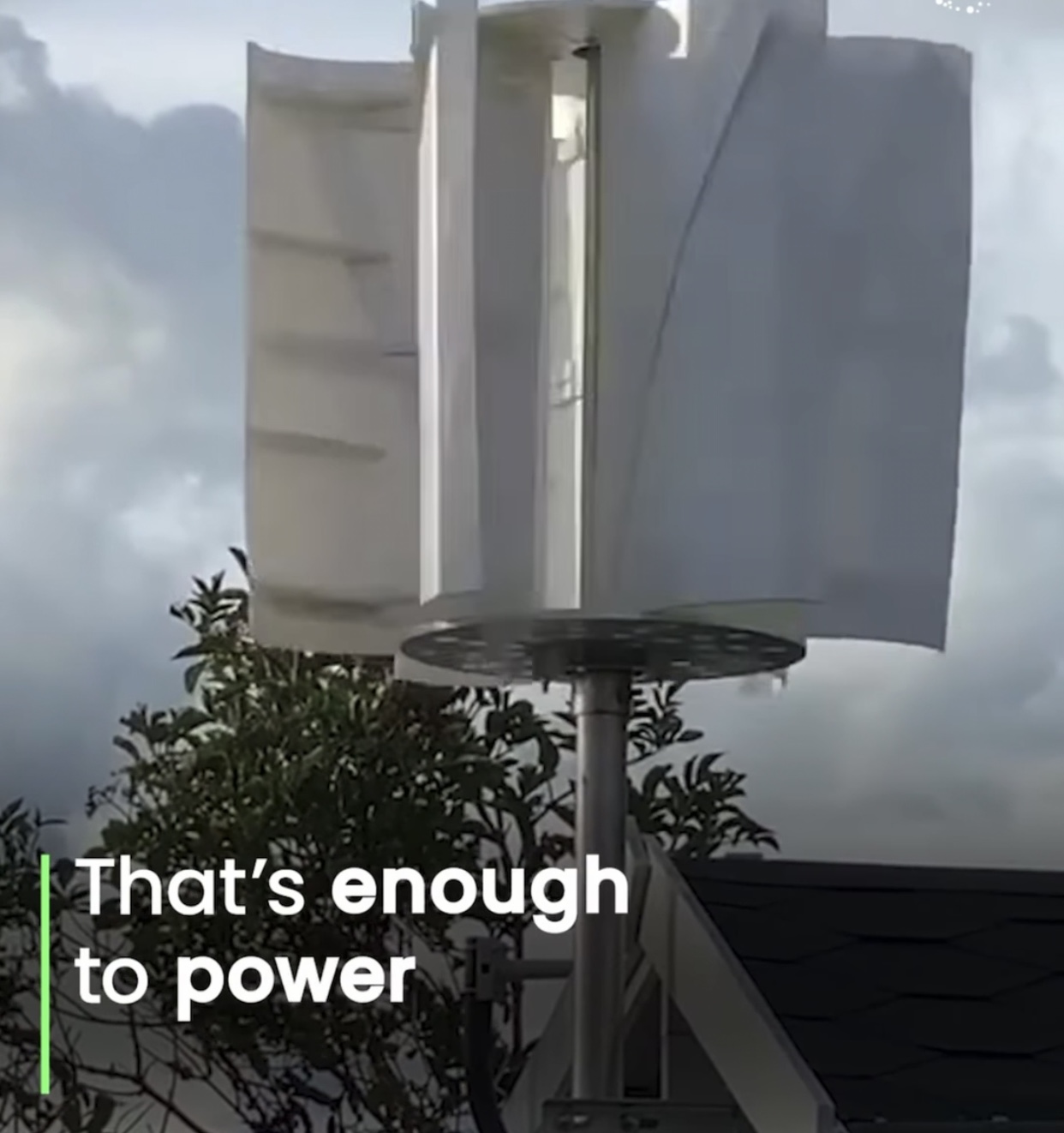 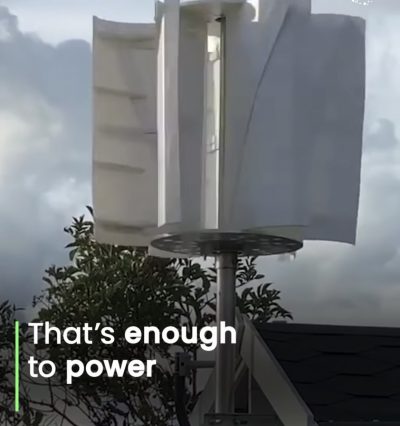 How do residential turbines work?
Small wind turbines, also known as residential wind turbines, have all the functionality of industrial-grade wind turbines. All wind turbines convert the kinetic energy created by the wind into mechanical power. c Their propellors are architecturally engineered to capture the highest amount of energy from the wind. When the captured wind power is converted to electricity, it can provide power to your household lights, electric heating, appliances, and more. Depending on the size of your small wind turbine and your geographical location, you could generate enough power to completely eliminate your energy bill.

How can small wind turbines power my home?
Looking at a simple small-scale wind turbine, you might be surprised it could support or even supplement your electricity demands, but residential wind turbines can produce anywhere from 400 watts to 100 kW. The average wind speed in your area determines how much wind energy can be converted.

Did you know the wind-generated electricity can power the following household items:

Appliances (washer, dryer, dishwasher, etc.)
Air conditioning and heating systems
Water heaters
Household lights
According to the U.S. Department of Energy, the best measure of wind turbine performance is the annual energy output. You may be unaware, but there is a distinct difference between power and energy. Power, which is measured in kilowatts (kW), is the rate at which electricity is consumed. Energy, which is measured in kilowatt-hours (kWh), is the total quantity consumed. When shopping for the perfect small wind turbine for your residence, find out the turbine’s estimated kWh/year to determine whether a wind turbine can produce enough electricity to meet your demands.

Why choose wind power?
There’s a reason why eco-conscious homeowners are flocking to green electricity alternatives to reduce their dependence on the grid and on fossil fuels. With the ever-imposing reality of climate change demanding real, effective change, renewable energy sources have become more attractive than ever. While solar power has gained momentous popularity on both industrial and residential fronts, wind energy trails closely behind.

The history of humans harnessing wind power dates back as early as 5,000 BCE, windmills have come a long way since their 1850 invention—today stand over 200 feet tall and are capable of producing enough renewable energy to power the equivalent of 32 million American homes. Wind energy is growing so quickly across the globe. That the U.S. Department of Energy aims to replace 20% of the nation’s electricity with wind-produced power by 2030.

Horizontal-axis turbines: Horizontal-axis wind turbines are the most common type of small wind turbines. They typically feature three propeller blades that oscillate upwind, forcing the blades into the wind to maximize capture capacity. Though they’re typically heavier than their vertical-axis siblings, horizontal-axis wind turbines are better engineered for higher energy generation.
Vertical-axis turbines: Vertical-axis wind turbines use a rotational axis that is fixed perpendicular to the ground. These turbines are more typically reserved for residential applications but are becoming increasingly popular on an industrial scale. Vertical-axis wind turbines are designed to capture wind blowing at all angles, which makes them the more attractive option to those living in stormier climates.
What are the advantages of small wind turbines?
Eco-friendly energy alternative
Unlike energy produced by fossil fuels, wind energy is completely clean and eco-friendly. You won’t have to worry about polluting the environment with destructive emissions or dangerous long-term effects as you would with coal or oil-based energy generation. When you upgrade your home to a small wind turbine, you effectively reduce your dependence on conventional energy sources and join the ranks of eco-conscious homeowners carving out a greener tomorrow.
Renewability
Not only is wind power free to harness, but it’s also 100% renewable. Environmental air will always converge at different pressure rates, which means the wind will always exist in the geographical areas that lend themselves to air disparities. In essence, you’ll never have to worry about drained supply.
Financing availability
While one of the drawbacks to installing a residential wind turbine is the initial upfront costs, there are a number of specialized financing routes homeowners can use to reap the benefits of wind power. Property Assessed Clean Energy, also known as PACE financing is an easy installment-based plan for homeowners interested in financing their installation through special tax levies on their property.

Bicycle rider in critical condition after being knocked down in St. Augustine 0