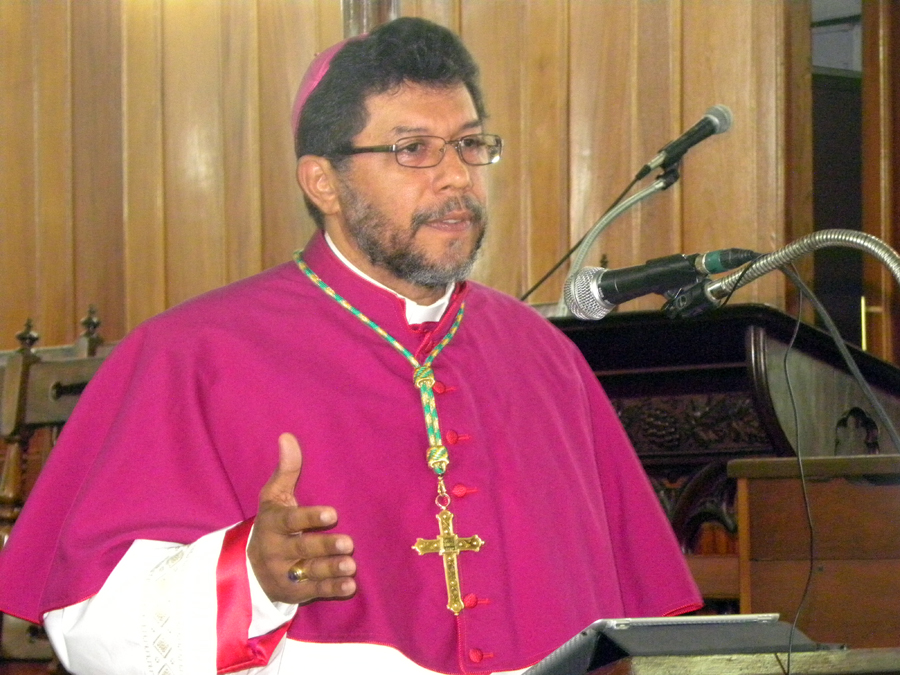 Roman Catholic Archbishop His Grace, Jason Gordon has made a passionate plea to Roman Catholics to get vaccinated in Trinidad and Tobago and to trust the science. The Archbishop told the congregation logged on to Sunday service yesterday that there was a big difference between faith and stupidity.

He told parishioners that many people who have come out against vaccinations and claimed that Covid-19 was unreal are no longer alive due to the virus.

He dispelled what he described as “spurious theological claims” going around that because Jesus is present in the Catholic Church people could not contract Covid-19.

He quoted scripture to underscore his point saying: “That’s the same Jesus who stood up at the parapet of the temple, when the devil said jump, because you are the Son of Man, you would not harm your feet, the angels will give you a soft landing. And Jesus said, do not put the Lord your God to the test. That kind of thinking is not theological thinking, that’s magical thinking and it has to do with a misunderstanding of our tradition,”

He went in to explain to the faithful: “Our tradition is that you don’t put God to the test. There’s a difference between faith and stupidity. There’s a big, big difference. You don’t stand up on a cliff and jump because you’re a man of God.

Gordon then took a jab at one of the social media rumors about the vaccines: “There is no science that says you will get a chip in your arm from Bill Gates, or that China will be able to track you. There is no science in that whatsoever. We know that 99.3 per cent of people who have died from COVID-19 from May this year were unvaccinated people. That is the science. The undisputed fact is unvaccinated people are dying at a higher rate than vaccinated people. That is the fact, you cannot dispute the numbers,”

He said it was painful to deliver his homily to an empty church and urged the congregation to take the vaccines because it was the way to save lives snd return Trinidad and Tobago to normalcy.

TTDF to be put on standby to assist citizens in St. Vincent and the Grenadines 0