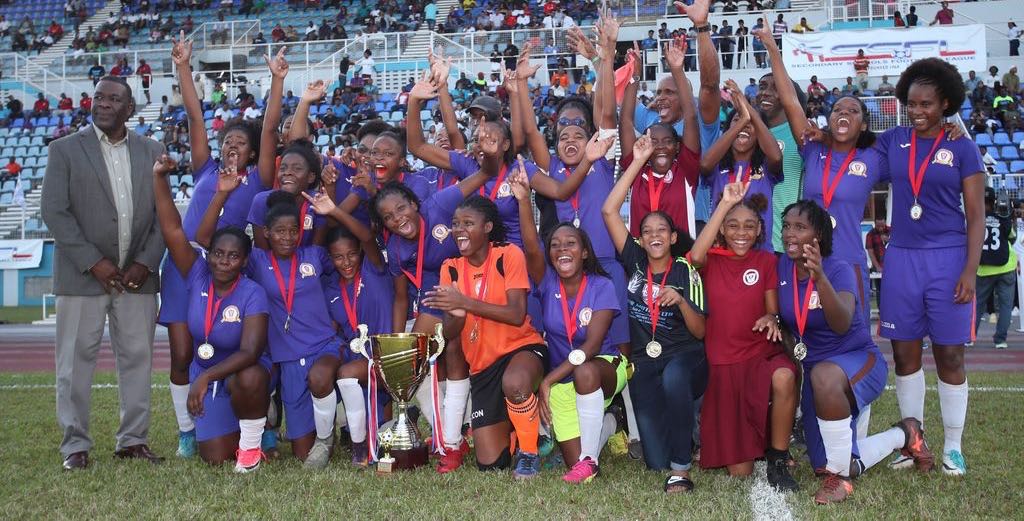 P’Ville was defeated during the Big-Five match which saw a win go to Signall Hill, with a 1-0 score. But they avenged their loss yesterday at the Ato Boldon Stadium in the first three minutes of the match when Tsai Anne Fernandez, who won the much deserved “Player of the Match” title, scored the first goal with a free kick. At half time, Signal Hill equalized with a goal from Tish Critchlow.

In the second half, P’Ville once again dominated the game with a goal by Chrissy Mitchell followed by a Alexcia Ali’s goal during extra time.

At the sound of the referee’s whistle, P’Ville were crowned the victors.

Point Fortin labourer arrested for possession of a firearm and ammo