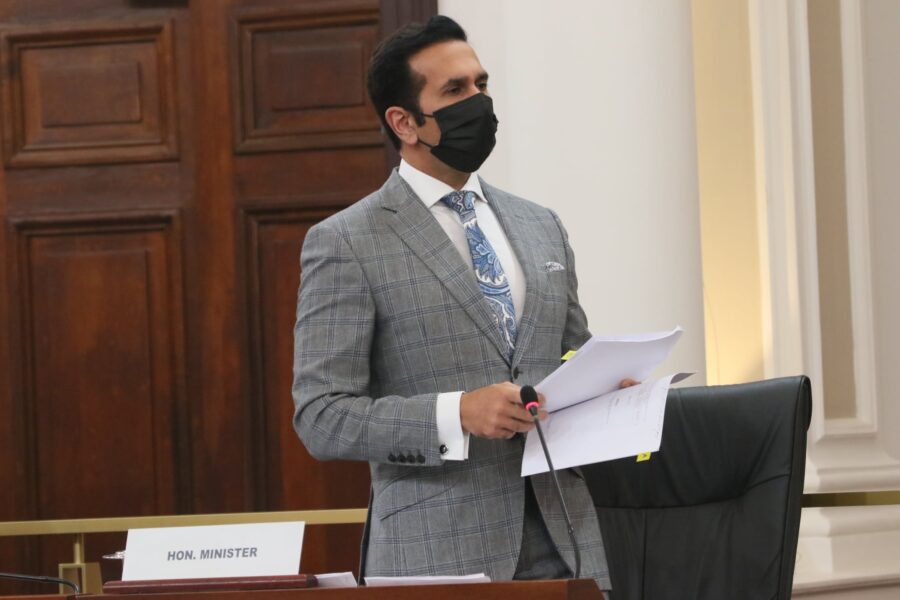 Political BOIS in the Senate between the AG and Wade Mark

Opposition Senator Wade Mark accused the government of selling some of the country’s assets to close business friends.

Meanwhile Political BOIS in the Senate kicked off!

Senator Mark in sending congratulatory remarks to the Progressive Democratic Patriots on their victory at the THA polls said the People’s National Movement experienced Political BOIS.

In response to Senator Mark, Attorney General, Faris Al-Rawi said Senator Mark’s allegations on Preysal Industrial Park were wild and he was misinformed.

Senator Mark somewhat displeased with the AG’s comments on the challenge, began shouting from his seat, saying he will share ‘licks like peas.”

The SEZ Bill, 2021 provides the legislative framework for a licensing Regime for Operators, SEZ Enterprises and Single Zone Enterprises.