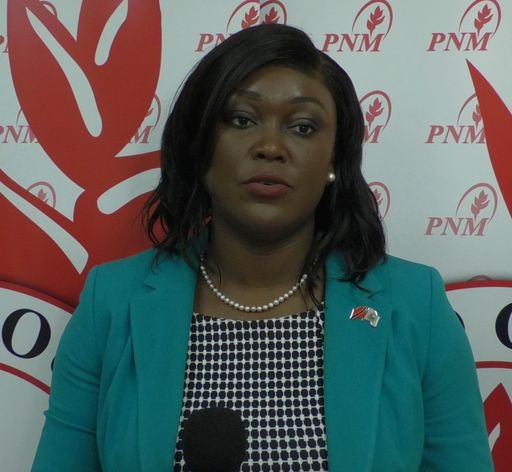 There is no word yet on the political future of Tobago PNM Council leader Tracy Davidson Celestine amid calls for her resignation following Monday’s crushing defeat for the party at the polls.

Her political colleague and former THA Deputy Chief Secretary, Joel Jack, has also refused to say whether he believes she should resign.

PNM has seen its stock in Tobago decrease dramatically over the past 5 years.

The party went from having a stranglehold on the THA to losing 2 seats to Watson Duke’s Progressive Democratic Patriots in 2017.

This was followed by the loss of 4 more seats in this year’s earlier 6-6 THA election tie and the party’s immediate fate was then sealed with the crushing 14-1 defeat in Monday’s election.

Mrs Davidson-Celestine led the PNM during both of this year’s elections having assumed the position just days prior to the January elections.

Mr Jack, a guest this morning on Power 102 Digital’s Power Breakfast Show, was asked about Mrs. Davidson-Celestine’s political future and whether she should resign following the defeat.

However, the PNM member and former THA Secretary of Finance suggested that supporters calling for her resignation may have little say as any decision regarding her resignation will be made by the party executive.

Jack added that the people of Tobago heeded the call for change and the People’s National Movement does not begrudge them that at all.

He said that while the PNM did what was required to govern Tobago, there were issues with tourism on the island and the overall economy which had a definite effect on Tobagonians and their voting direction.

Jack stated that the PNM would meet later today and regroup but what was more important is ensuring that Tobagonians understand the ramifications of their vote.

Physical reopening of schools had some challenges 0