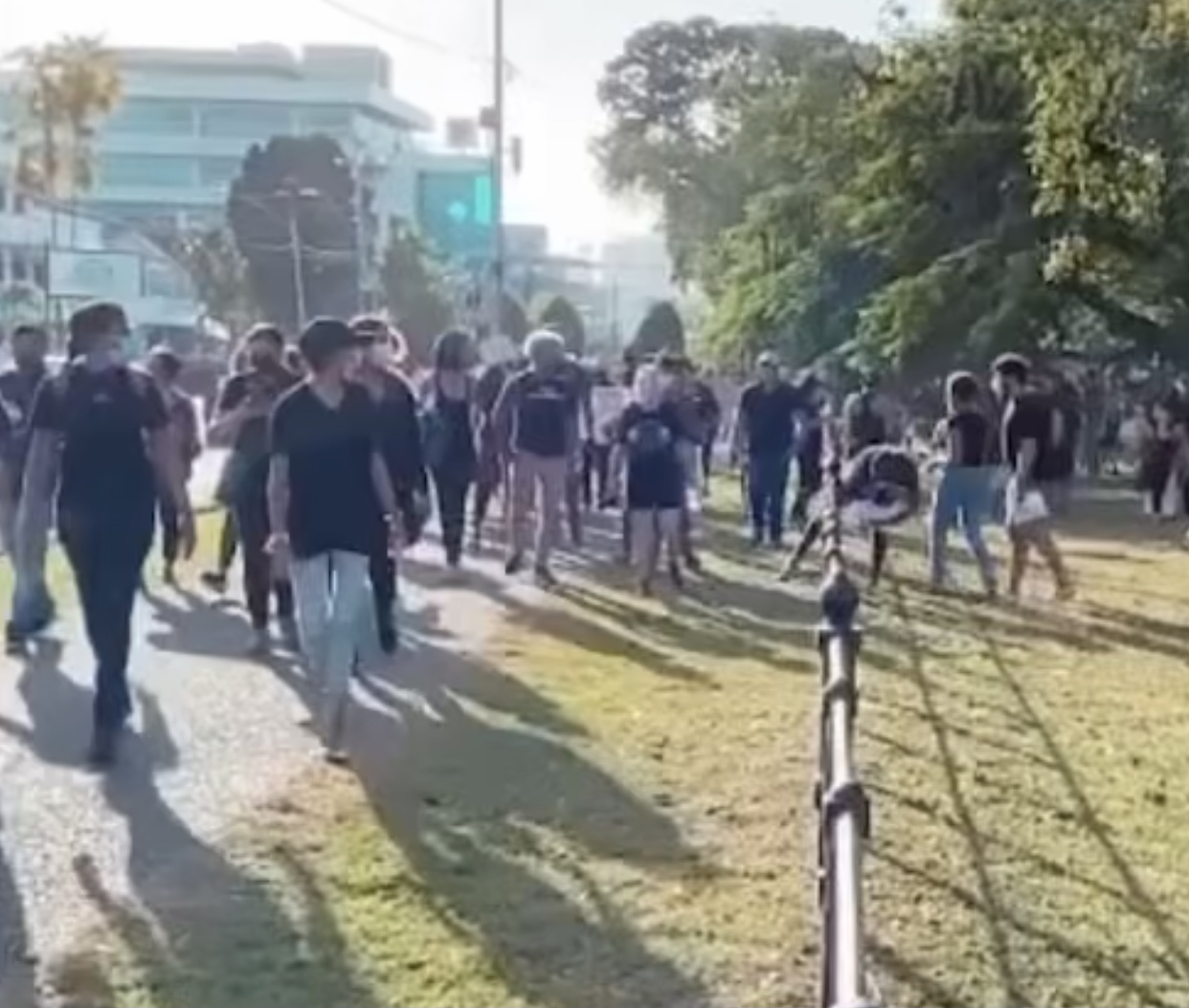 Thousands March in Black around the QPS for a nation mourning

Thousands of citizens came out around the Queen’s Park Savannah dressed in black to demonstrate their mourning for a country in distress. This after the seemingly unending loss of women’s lives at the hands of violence. The deaths of Ashanti Riley and Andrea Bharatt have left the country stunned , frustrated and angry.

Andrea’s body was found one week after she went missing in very similar circumstances to Ashanti Riley about six weeks ago.
There was a similar protest along the Uriah Butler Highway this morning and several other demonstrations all weekend.