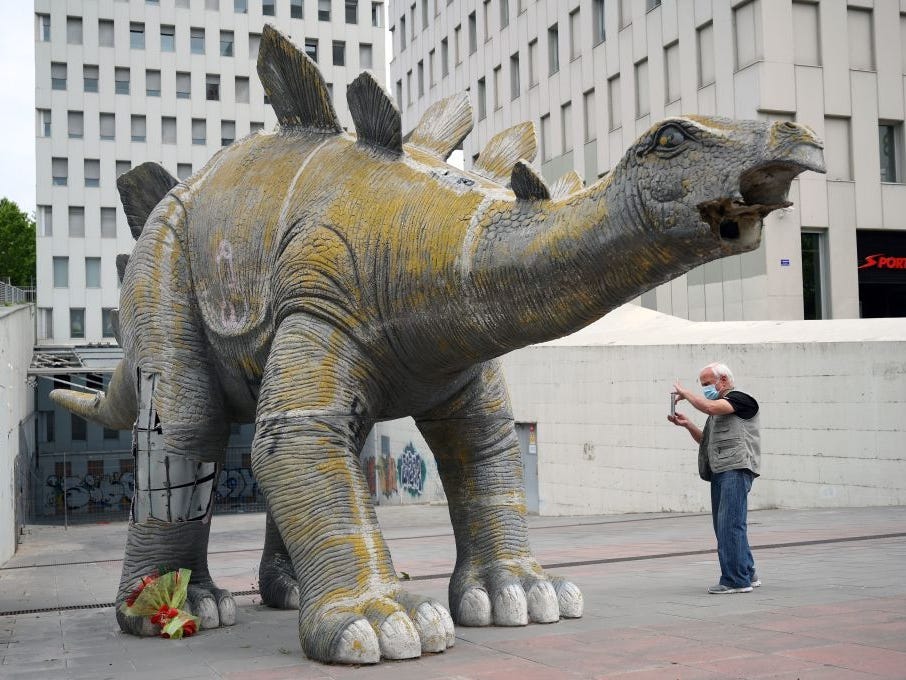 A missing man’s body was found inside a dinosaur statue. Reports say he may have gotten stuck while trying to retrieve his cell phone.

On Saturday, a father and son were near a dinosaur statue located in the Barcelona suburb of Santa Coloma in Spain when they noticed a smell coming from inside the statue. According to reports, the father and son immediately called the police when they discovered the man’s body.

When police arrived, the 39-year-old’s man lifeless body was found upside down and stuck in one of the statue’s leg. Firefighters had to be called in to remove the man’s body.

“We found the body of a man inside the leg of this dinosaur statue,” a police spokeswoman told the Guardian. “It’s an accidental death; there was no violence. This person got inside the statue’s leg and got trapped. It looks as though he was trying to retrieve a mobile phone, which he’d dropped. It looks like he entered the statue head first and couldn’t get out.”