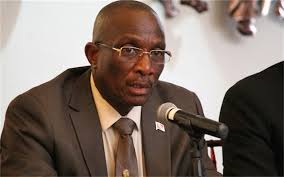 “PNM can win” so says the NCC Chairman

The former MP for Mayaro, Winston Gypsy Peters, says the PNM has a good chance of winning the Mayaro Corporation in the December 2nd local government elections.

Speaking on the Power Breakfast Show here on Power 102fm this morning, Mr Peters said from what he has been seeing, the programmes being articulated by the party are such that they can win the corporation, for the first time in decades.

The corporation has been controlled by the UNC over the last several electoral terms.

The former MP and government minister, under the People’s Partnership and the UNC before that, deflected questions as to whether or not he would run in the general elections next year. In response to questions from the hosts, he said he would consider that if and when he is approached, by either side in the parliament.

He said, however, he has continued to keep his feet on the ground in Mayaro, and was well aware of the needs and the wants of the people.

Asked what he would do if he threw his hat back into the ring and was elected, he responded by saying that he would continue to practice what he labeled unconventional politics.

Mr Peters is the current Chairman of the National Carnival Commission.

Randolph Bharatt: “I was a junkie and Andrea saved my life” 0